HE has closed the bag: The Eagle has landed! This time not on the moon, but on the raft on the Zeller See. The alien, the one and only Chrigel Maurer has won the Red Bull X-Alps for the seventh time in a row. We congratulate and bow our heads in deepest respect to the King of the X-Alps. When HE crossed the finish line, HE was about 130 km ahead of the closest chasers Maxime Pinot and Simon Oberrauner and 665 km ahead of Laurie Genovese as the last placed rider at that moment. Unbelievable! 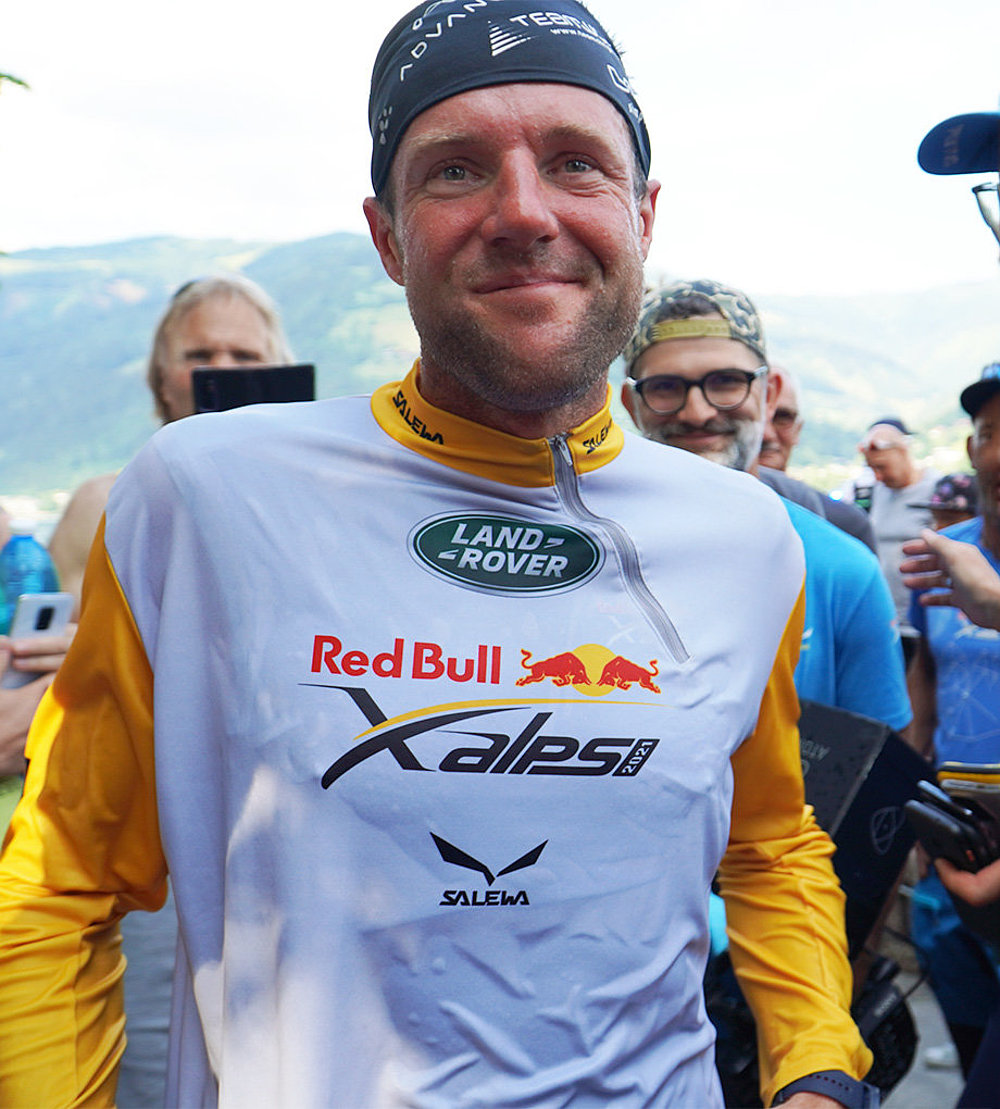 Maurer's Magic Move from yesterday - an analysis
The four chasers Pinot, Oberrauner, Outters and von Känel were able to make up some ground today, but never in a way that would have threatened Chrigel. He probably neither noticed nor would he have cared. But let's look back at yesterday. Because that's when the race was decided and fellow blogger Roli Mäder, with the help of his extensive network of experienced XC pilots, found out a little more than what the official website reveals. Roli emailed:

"Maxime Pinot spoke into the Red Bull cameras on Sunday morning during the climb to the Simplon Pass, saying he chose the route in the south of the Southern Alps to fly out of the way of the threatening (southern) foehn and the forecasted thunderstorms. Chrigel told the video people at his launch site on the Eggishorn in Fiesch that he also wanted to fly south, over the Nufenen Pass a little further up in the Valais - without landing, I assume - but added that there was otherwise 'the option of flying all the way towards Chur'. And if it got windy or thunderstorms came up, he could walk over the pass into the Engadine to Piz Palü. I assume he was talking about the Julier Pass. 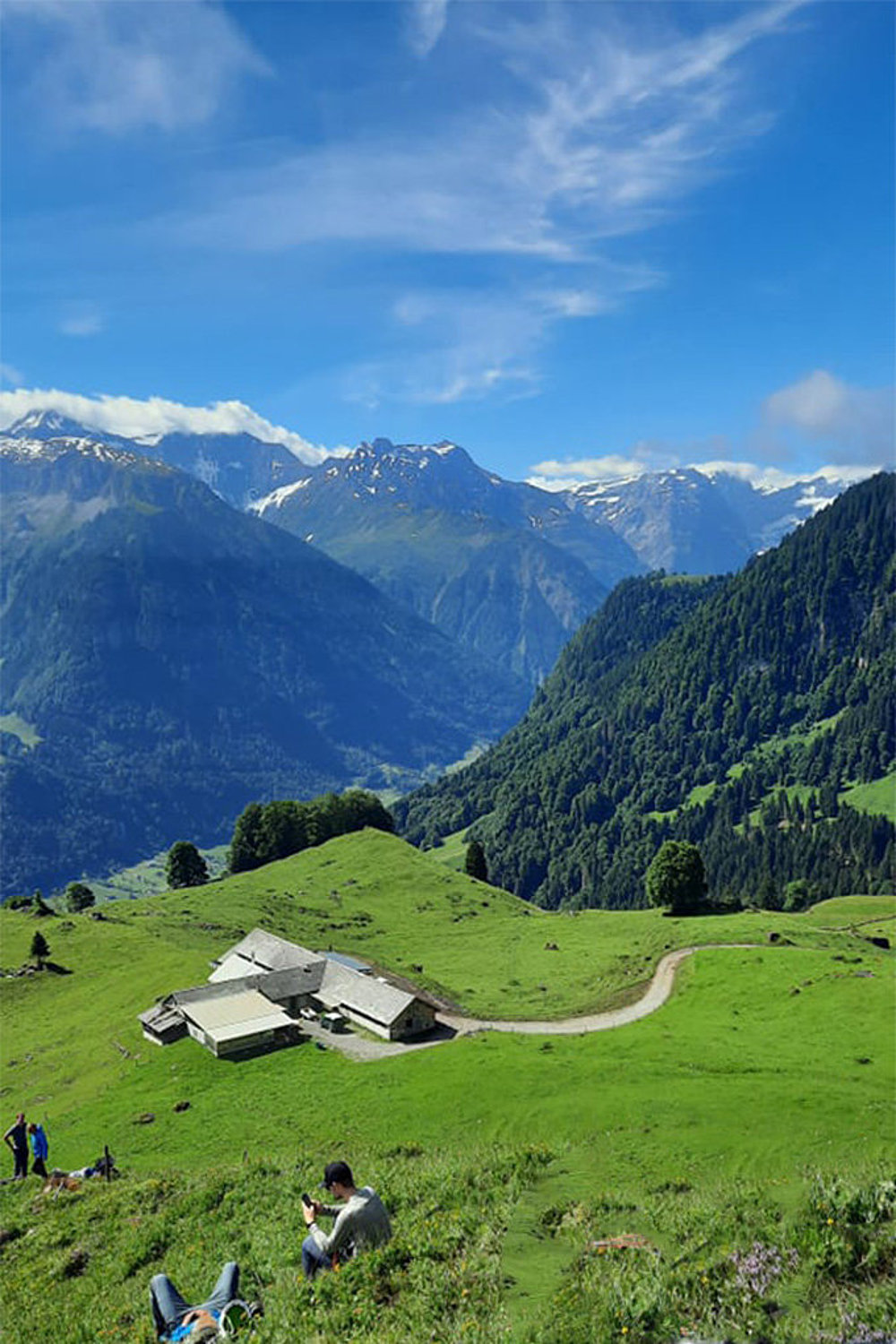 A little drama sells better
The Red Bull reporters asked Andi Jäggi, Patrick von Känel's supporter, in the evening about the Föhn and thunderstorms. Jäggi had said, according to Red Bull's written report of the day, "that the Gotthard pass and area around Andermatt can see some of the strongest Föhn winds in Switzerland and usually flying there is a strict no-go. 'You don't do that,' he added. 'So, Chrigel was chased by thunderstorms and föhn but made it through.' "
So, flying in Andermatt and on the Gotthard Pass is a strict "no-go"? This is - in this reduced form - simply misinformation. There is a lot of flying and good flying there. And with only 2 hPa pressure difference south-north and little wind at altitude, it was absolutely right to try it there yesterday. Moreover, an X-Alps pilot has contact with his ground crew, who keep an eye on the Föhn and also thunderstorms on the route and warn the man in the air early enough if necessary. Föhn and thunderstorms did not chase Chrigel, as the report puts it. Yes, he had southerly winds, even strong ones at altitude, but no Föhn. Chrigel had good flying conditions. Even after him it remained calm - no approaching disaster because of wind and weather - not until the landing around 7pm in Vinschgau.
I don't think Chrigel should be accused of desperately seeking a huge risk to shake off his unfamiliar close competitors with one of his well-known magic moves. He chose the right tactics and simply flew masterfully. On the other hand, one should not blindly praise Maxime for only trying his luck south of the Simplon for safety reasons. Of course, he flirted with the chance of being able to fly further there than in the large valleys in the north, where there was talk of Föhn and thunderstorms. But only in the forecasts… 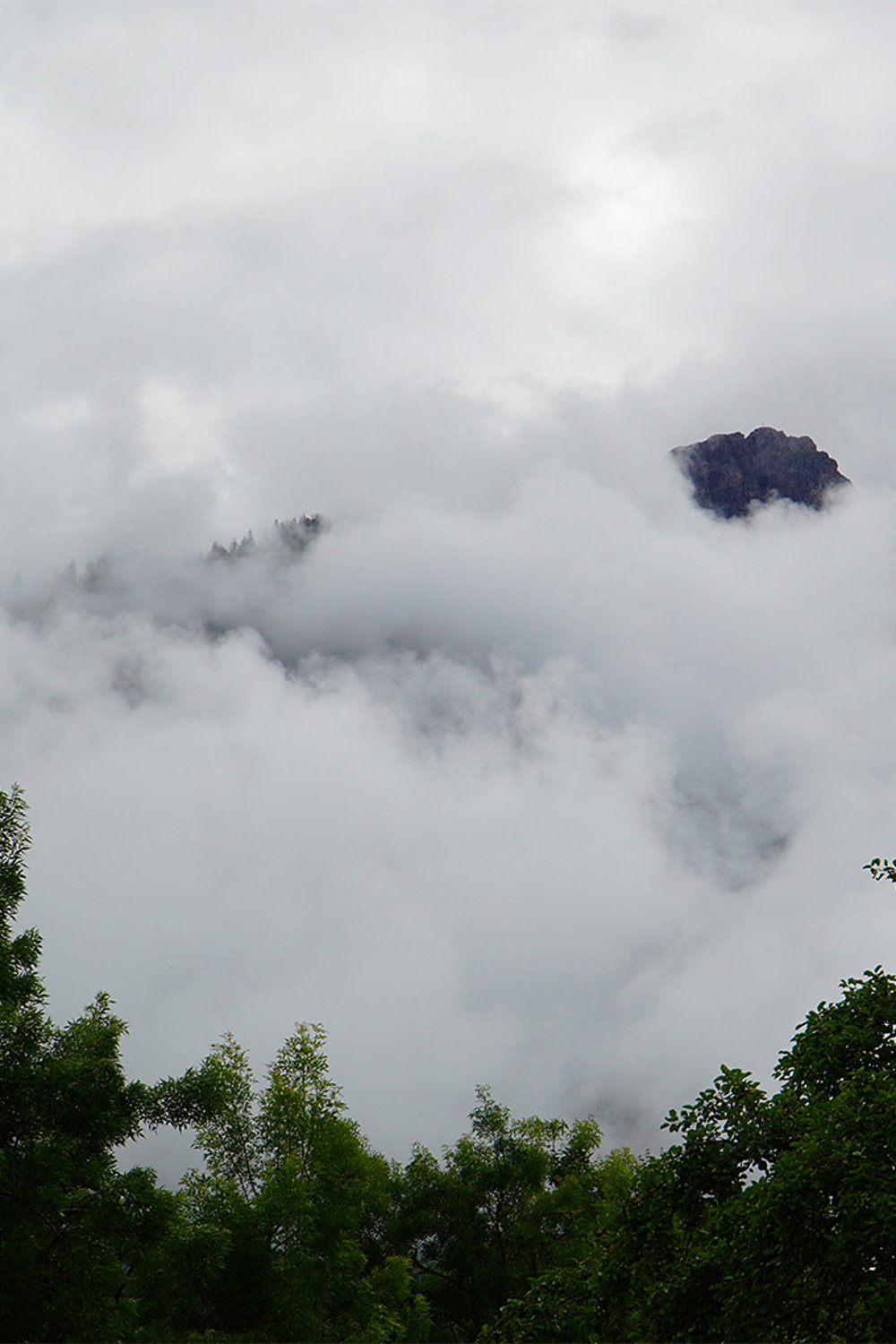 Maxime lost the route & weathergambling
Bad luck for Maxime: Yesterday happened, what tends to happen around Domodossola in summer: stable, cloudy air pushes towards the Alps from the south and into the valleys. The sky doesn't open up and it closes even more early. A sky of lead. Maxime has not been able to fly 30 km without losing altitude and has hardly ever seen a pre-Alpine peak from above. The huge lead of Maurer was due to weather forecasts that were not accurate.
And then, perhaps, Chrigel also had the luck of the fittest. Further east on his route, the Alps at times and into the evening presented a dream picture for the good and courageous XC-pilot: very high cloud base, not too much wind and no overdevelopments.
Both pulled a night pass yesterday night. Chrigel didn't use his to get to know Merano's nightlife, but climbed north of the city early on the Mutspitze - a popular flying site with an eastern slope. Maxime didn't make too much of his investment either, also hiking up to a launch site with a good east-facing slope above Lake Como, and keeping his place in the chasing pack that's jockeying for second to fifth place."
So much for blogger colleague Roli Mäder with the insider knowledge of the Swiss cross-country pilot. What touched him very much - nice incident on the side - was the fact that Patrick von Känel landed in the evening twilight directly in front of the guardhouse of the Losone military barracks, where Roli scowled on guard duty 35 years ago and spent a few months of my best manhood. Patrick and Simon Oberrauner, who was just wandering past the barracks on the road from Centovalli, marched on together from there. They certainly had a lot to say to each other about their enormous flights - on different routes and somewhat staggered in time. 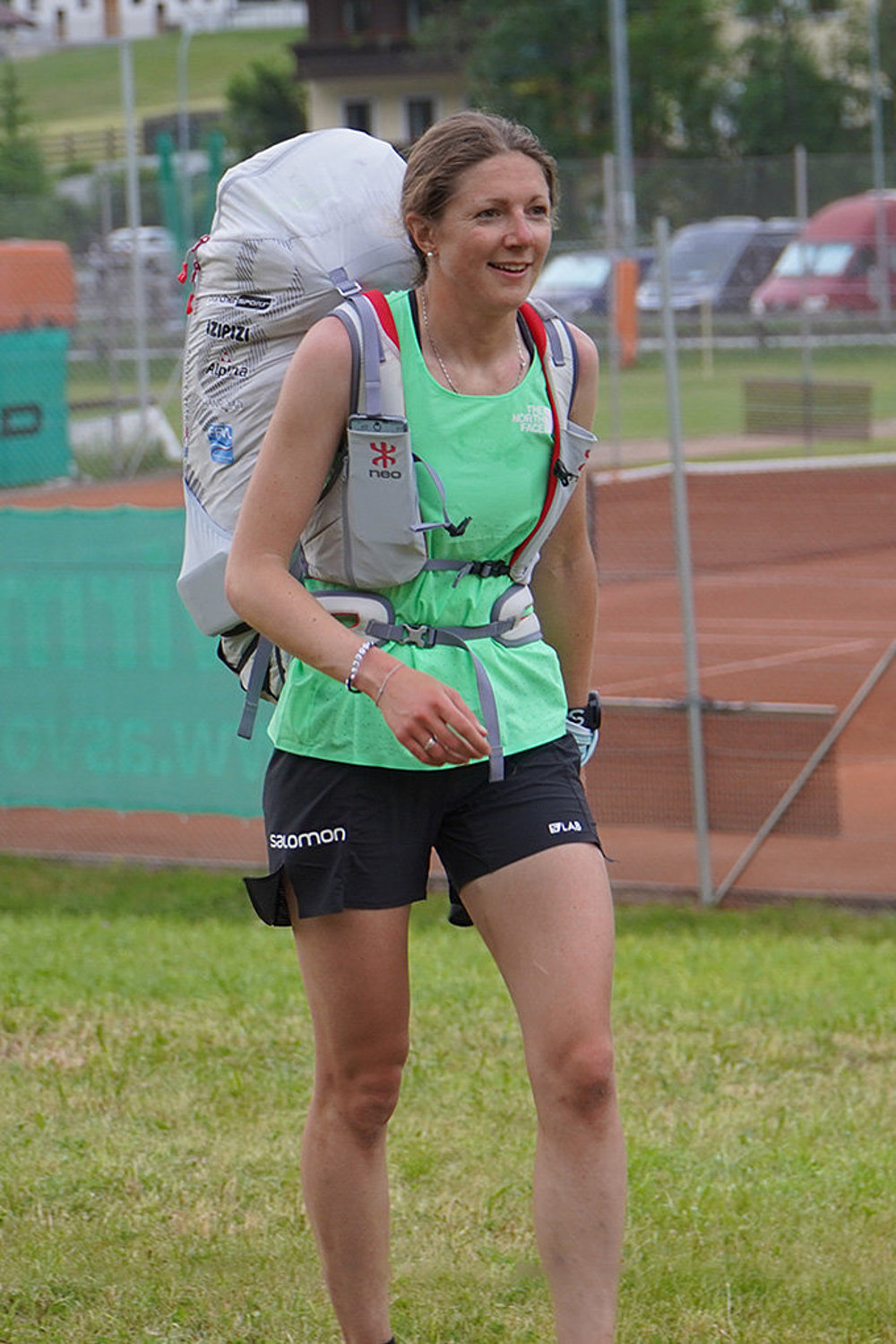 View to the rear
Laurie Genovese has not moved since her arrival in Fiesch. There is an emotional video of her on the X-Alps Facebook page, as she bursts into tears upon arrival at the signboard there. These are tears of exhaustion, tears of the greatest emotional tension. And to those who dare to make fun of it, I say: you have no idea what these athletes deliver unless you yourself have taken part in a multi-day Hike & Fly race. The tears are Laurie's and they will do her good! Unfortunately, we were unable to find out why she stopped moving.

Theo de Blic did indeed commit an airspace violation yesterday and was very frustrated at first: because he knowingly committed it and still did not prevent it. He cannot understand it himself in retrospect. It is amazing what irrational actions one is capable of when one is just tired and exhausted enough. On top of that, his brand colleague and friend Nick Donini had dropped out beforehand, as well as his own rough encounter with the cable of a ropeway for goods. As a result, Théo hiked without a companion for the first time – at his own request. His father, a paragliding instructor and expert on the subject jimself, said today that he did not want to be part of the support team at the next X-Alps. It hurts too much to see his own son suffer so much. 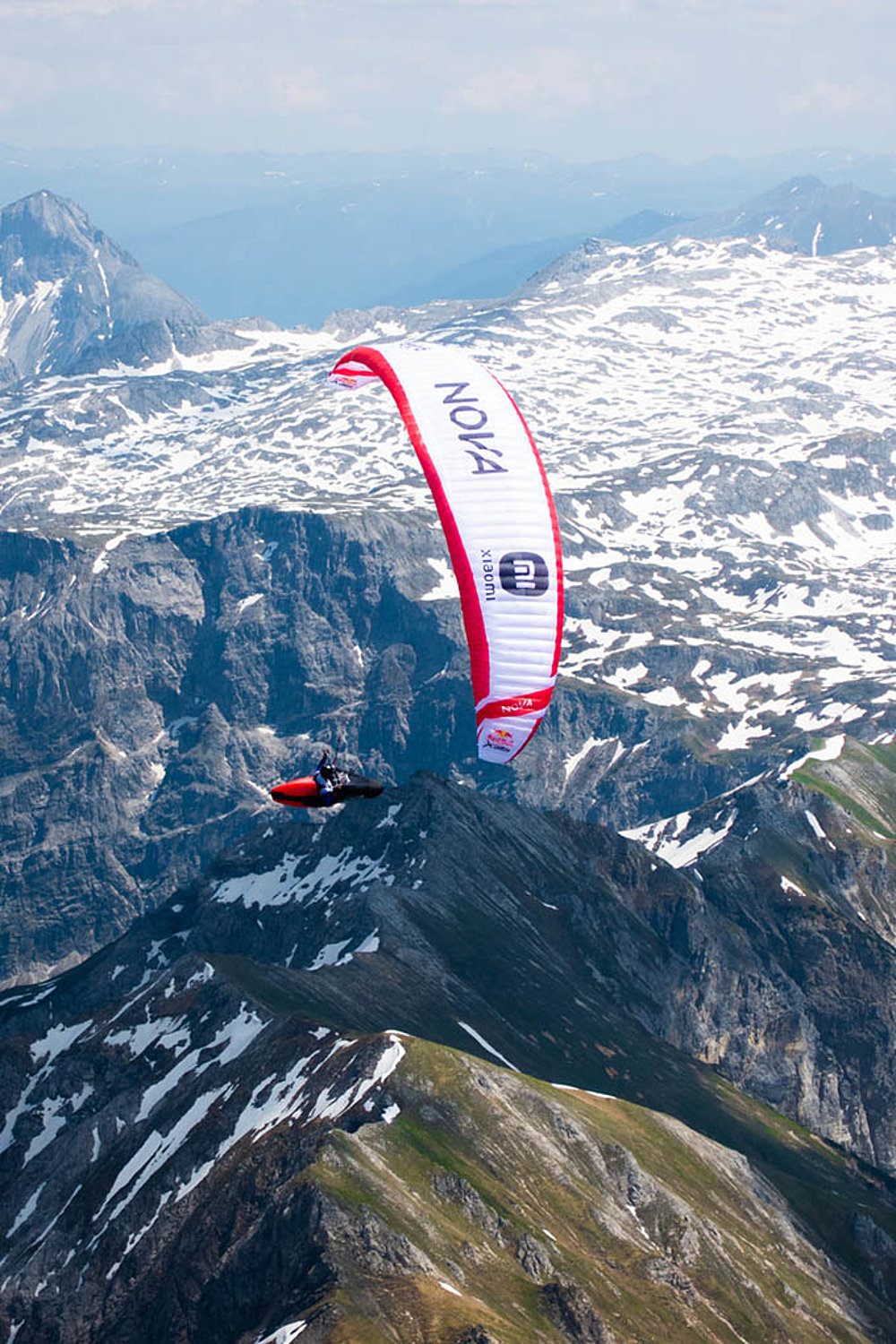 Pancakes to lighten the mood
Théo started today with a climb up the north side of the knee of Martigny. He started near the Tète du Portail to cross the Rhone Valley from there. But conditions did not allow him to make up ground on in the air. After another climb on foot, he was able to circumnavigate Turnpoint 8 in the air - and then glided down straight into the valley because of a thunderstorm. It was another difficult day for him, reported Vera Polaschegg to me by phone. Vera accompanies Théo - as far as possible - with the camera. At the moment, persistent rain and thunderstorms are holding the Frenchman down. Vera has therefore quite pragmatically swapped the camera for the stove and is feeding the whole team with chocolate pancakes. Théo can also laugh again.

He has drawn his Night Pass for tonight, because the 48-hour time penalty has to be served after the next rest period. Maybe he can escape elimination after all. But from behind, the resilient Kaoru Ogisawa - the Japanese is 61 years old! - and Gavin McClurg are making up ground.

Still beyond Mont Blanc is a trio of athletes consisting of Eduardo Garza, Michael Lacher and the incredibly strong Yael Margelisch. Yesterday she showed what an excellent pilot she is, today she proves that she is in no way inferior to the men in terms of endurance and motivation. A little further ahead, Manuel Nübel can more or less catch up with Steve Bramfitt. Let's see if they too will form a partnership of convenience. 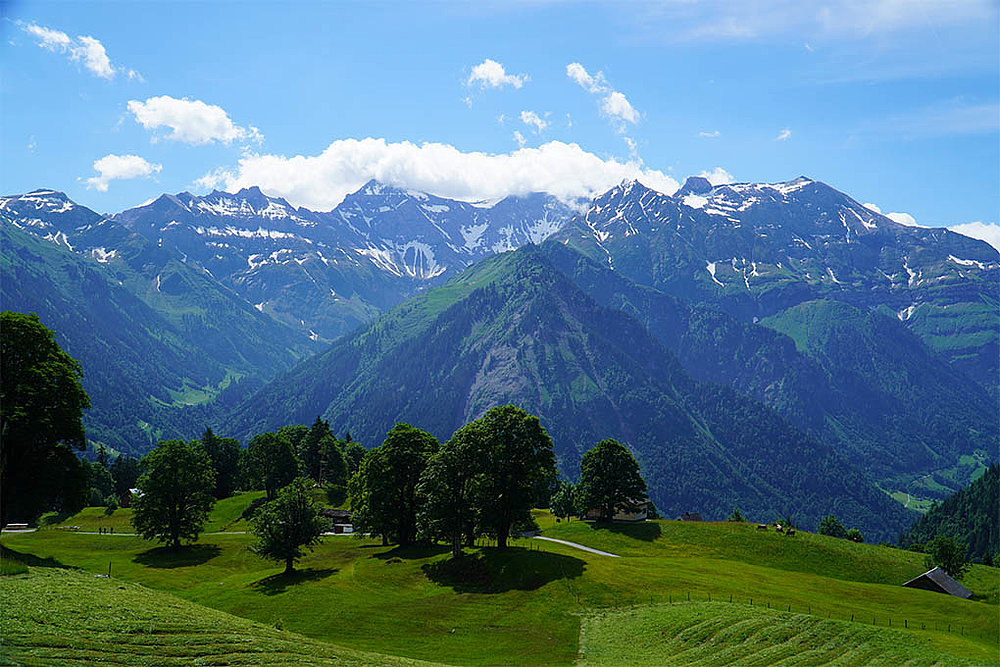 The packages in the midfield
In the early afternoon Markus Anders, Ferdinand van Schelven, Tom de Dorlodot and Toma Coconea round the turnpoint Mont Blanc. More than an extended glide is not possible for any of the four. They have to walk a lot and don't make much progress. Nevertheless, they successfully mastered turnpoint Mont Blanc. You have to look on the bright side!

The situation is not much different for Michael Gierlach, who is about 30 km further ahead, the Italian duo Durogati & Großrubatscher (why do the initials sound familiar?) another 30 km to the east, and Paul Guschlbauer, another 15 km further ahead. Take off - fly - land - pack - walk - repeat. You can't catch up like that. But that's because of the weather and not because of the pilots. 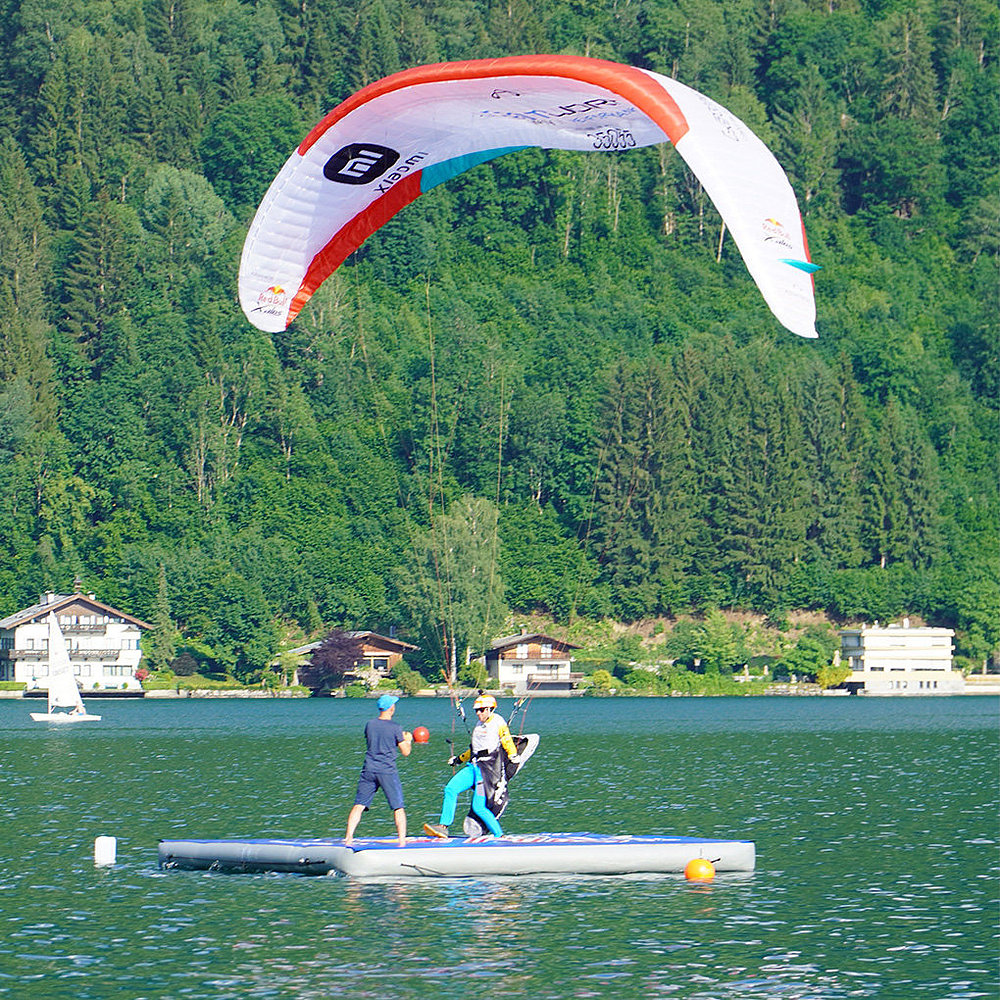 While Chrigel on the raft on Lake Zell has already finished popping the champagne corks, Simon Oberrauner and Maxime Pinot land on Kronplatz within a few minutes at around 6.30 pm. Unlike Maurer and his compatriot von Känel, who both chose the somewhat longer but easier XC-route over the Pustertal, they flew the battle line: across the Sarntal Alps and on over the notorious Lüsener Alm, where the wind tends to come from everywhere at once and seemingly good thermals suddenly fizzle out into absolute nothingness. But pilots of their class don't mind. Around 8 p.m. they take off again from Kronplatz in the direction of Zell am See. It will be a fierce race for the second place between those two!

This year, the race obviously doesn't end 48 hours after the winner has reached the finish line, but ends on 2 July. Let's see who else makes it to the finish.

PS: Check out the video of day 9 and more clips in our playlists on YouTube and Facebook.