A short review about Wednesday evening up front: Of the top guys, Paul Guschlbauer still managed a glide over Lake Walen, didn't make it or wouldn't make it into Glarnerland. The others flew into the valley. Chrigel Maurer flew the farthest in much shade and climbed to the Klausen pass. Close on his heels were a host of competitors, including Maxime Pinot, who continued to make up ground on Chrigel. "Our boys", Théo de Blic and Nick Donini, were extremely efficient both on the ground and in the air. They connected well with the midfield and spent the night almost within sight of each other in Garmisch-Partenkirchen. 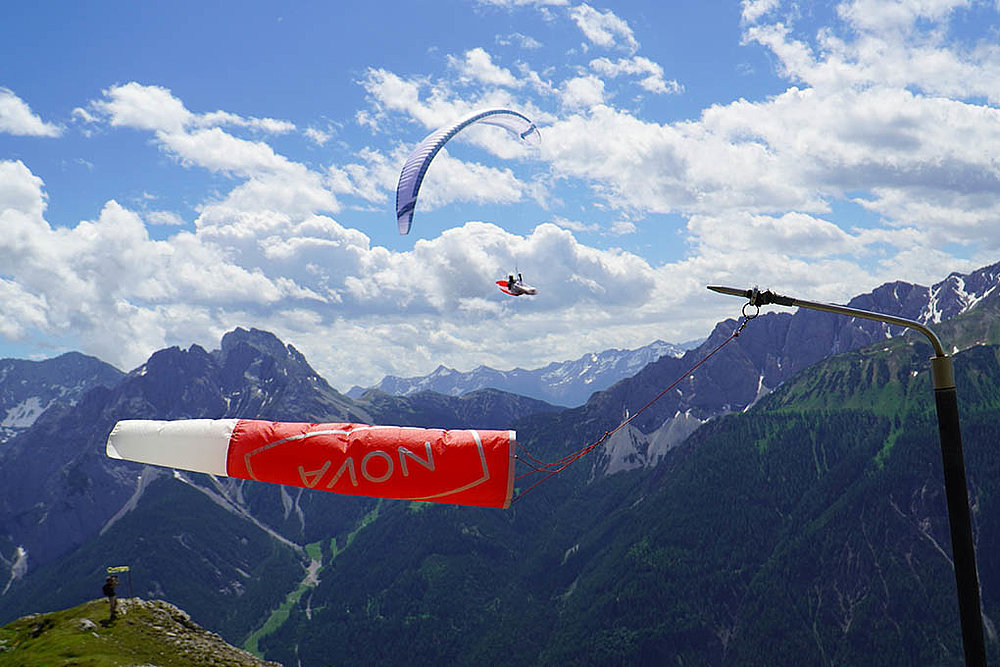 Day 5: Windy, but well in the midfield

Tonight I would have loved to sit down with Théo and Nicola and ask, "So, how was it in the air?" I (today Roli Mäder) would have waited anxiously for the answer, because, on a day like today, I would have pretty much aborted the flight somewhere. Or I wouldn't have even started at Grubigstein, where their spectacular day's ride in the air began. By then the flags there where almost ripped off their poles by the wind. The seemingly spontaneous thermal clouds drifted across the sky at an alarming pace. 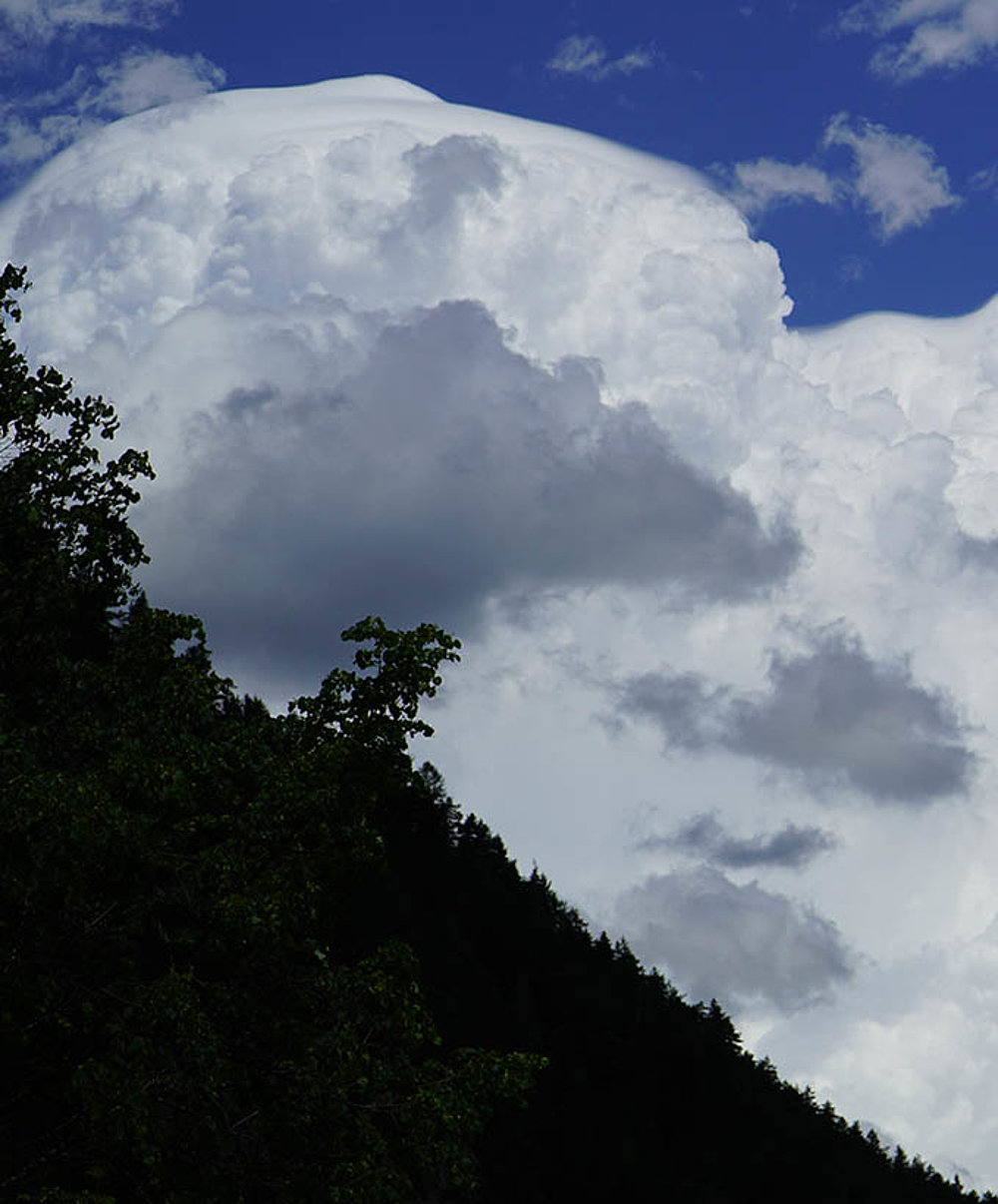 I suspect some pilots decided to land because it was too wild, that's my guess. Maybe Manuel Nübel, Kaoru Ogisawa, Yael Margelisch or Laurie Genovese. Steve Bramfitt took it to the extreme. I know his stubbornness when it comes to windy valleys from my own observation of one of his training flights in Bernese Oberland, where he lives. He flew into the upper Lechtal - with all his audacity - and landed by the road in the forest.

Second-hand information was, that Laurie Genovese, before the successful launch today at the foot of the Grubigstein had to throw the rescue. But rather at the reserve into the forest than into the power line. Rescue and wing down, Laurie OK. And shortly after, the Frenchwoman was already back on the road with the spare equipment. It was hard fought, where the thermals stood, that was clear to see today. To judge that, the webcams are also recommended. On the always same screen of the live-tracking it's not possible to see whether it rains or the sun shines. But if you find a suitable webcam, you get a really good impression of the situation. 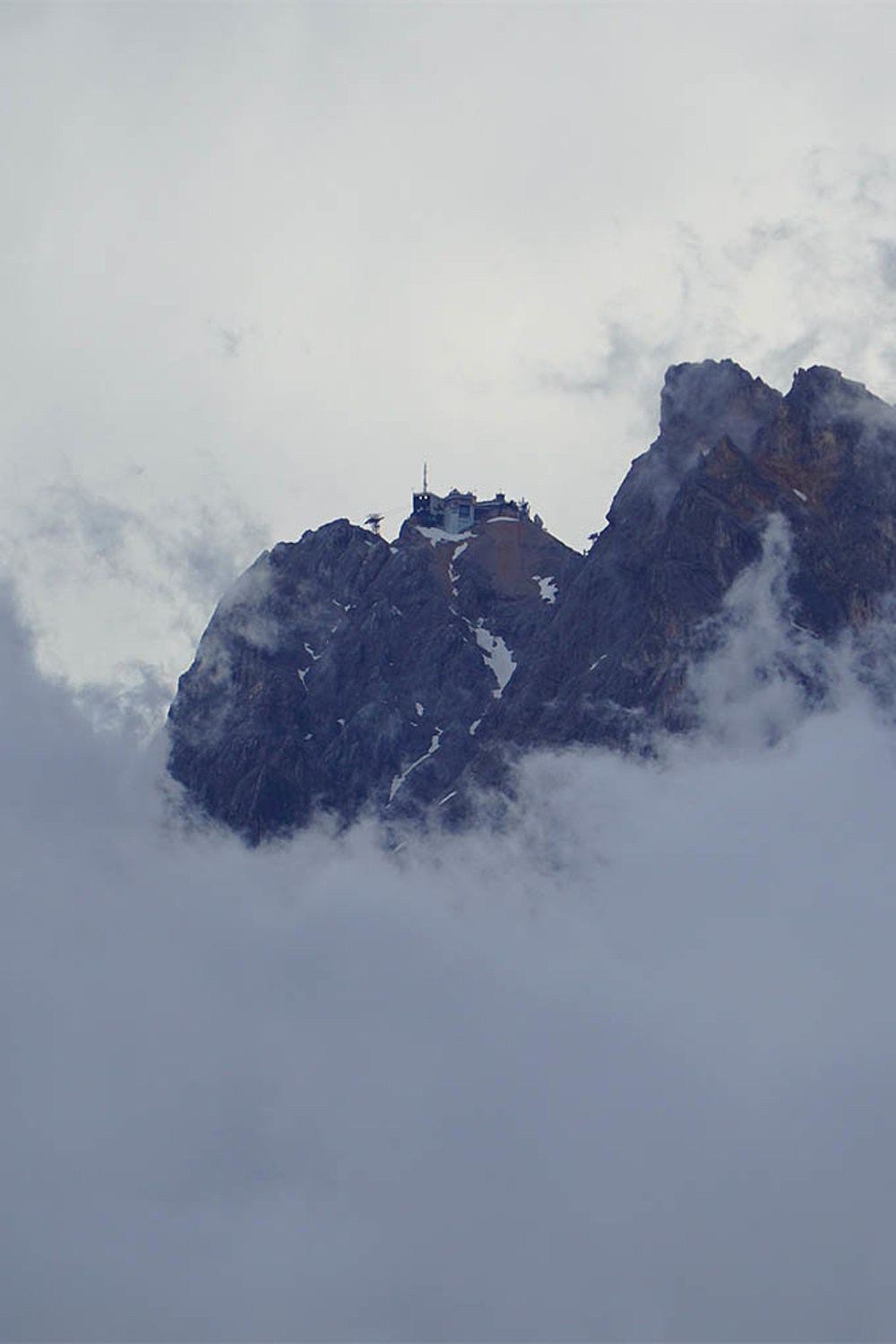 Wet and with low cloud base at the summit
At the front of the race, wind and turbulent thermals were rarely - if ever - an issue. They were flying in a weather, Germans would call "Suppe" (soup). Sometimes one of the pilots stood under the roof of an alpine hut because it was pouring down rain, sometimes one waited in the fog for the start window, sometimes one turned on three thousand meter peaks below the base at 1500 msl. A lot of slipping, a lot of running, on the flat and on the steep, uphill and downhill.

There is not much to report from the top in Switzerland as far as flying is concerned. It was a constant glide-run-repeat. Ergo, there was little movement in the ranking. But even in this Hike & Fly one can make mistakes. Paul Guschlbauer made one. He was doing well in the morning... only twenty, thirty kilometers behind Chrigel. Then he decided to go through the Sernftal over the high Panixerpass into the Vorderrheintal and fly. This is quite far away from the direct line leading through the Reuss valley to Andermatt. However, the hoped-for flight along the well-known paragliding route to the Oberalp Pass did not succeed. Although Paul turned up briefly over Brigels, he then had to land in the shade. The detour did not pay off. His gap grew by ten to twenty kilometers. 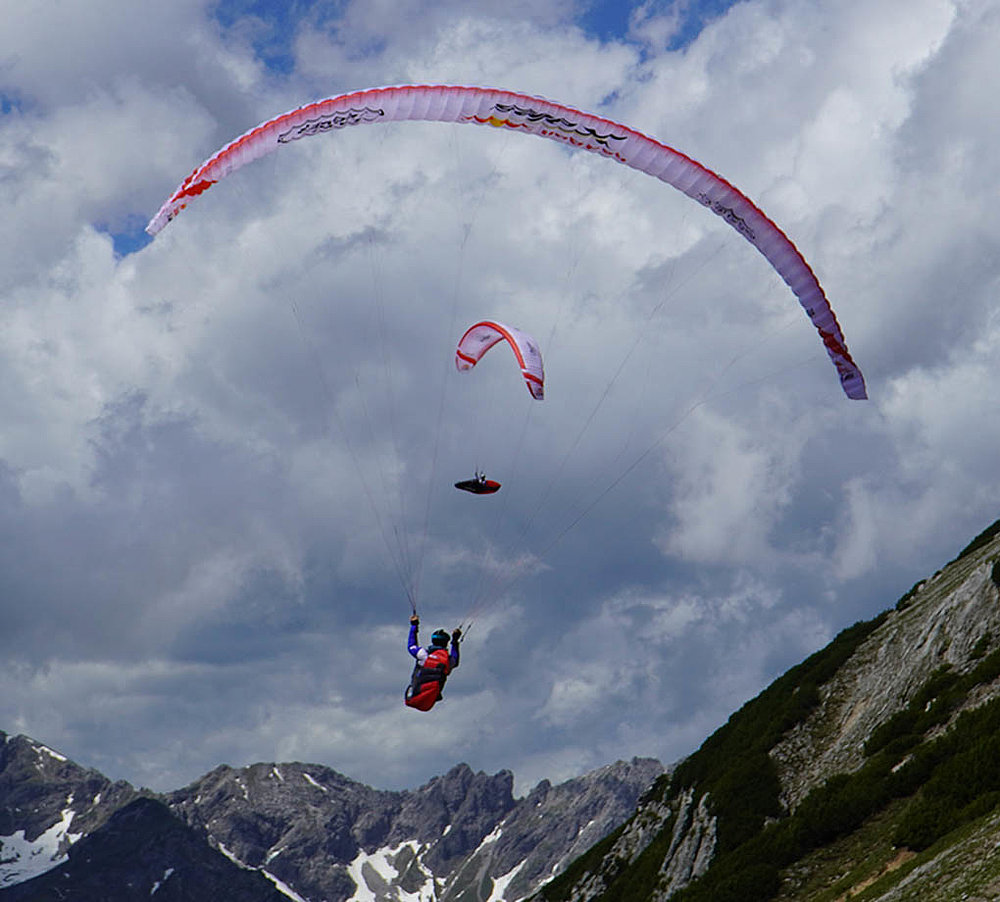 To fly or not to fly
Meanwhile, in long-sunny Austria, the two NOVA pilots Nick and Théo flew together, wing over wing, in skies quite different from the "weather kitchen" of Switzerland. At two o'clock in the afternoon, they reached 3400 meters above sea level over Landeck! That's where the music played from a flying perspective today. The Lechtal route turned out to be slower and in places unflyable. Landings and take-offs also took place in the Inntal and at the Arlberg. While Kaoru Ogisawa finally preferred to walk to the Arlberg, at the best time of day and under blue skies, the group of three Nicola, Théo and Eduardo Garza from Mexico passed two thousand meters above him on the ridge. Théo and Nicola were once again able to show what they are capable of when given the opportunity. 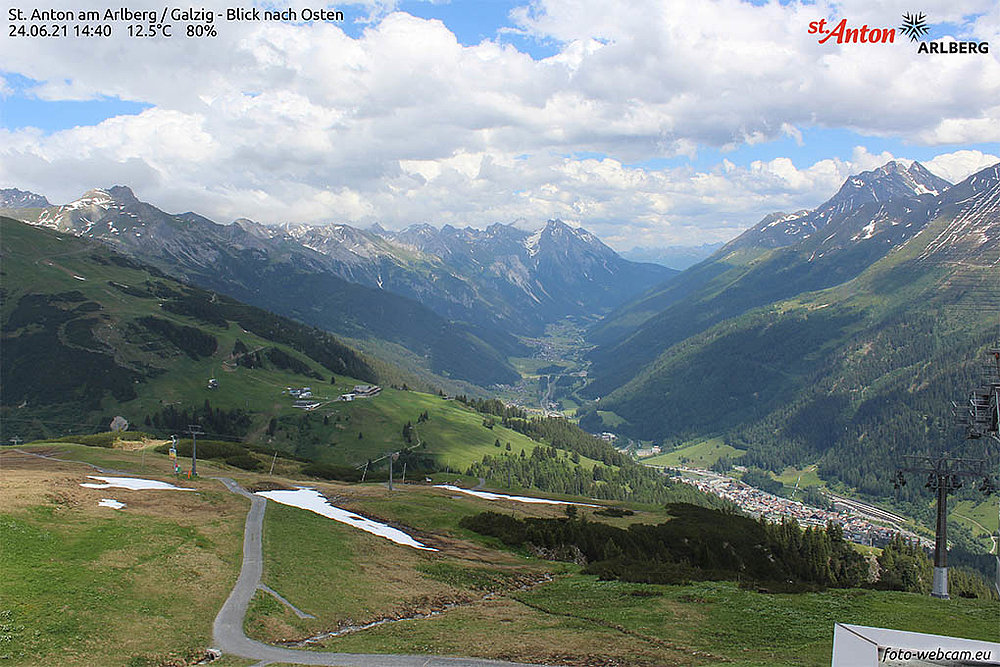 At three o'clock in the afternoon, the Arlberg adventure also came to an end for "our guys" for the time being - and for the sake of my nerves. A shading before the Arlberg was not to be squatted out due to strong sinking and no one came away with reasonable height. First Théo, then Nicola landed just outside the webcam image on the Galzig above the pass. The high resolution image showed quite well the situation: lots of clouds, lots of wind and lots of movement in the thermal. 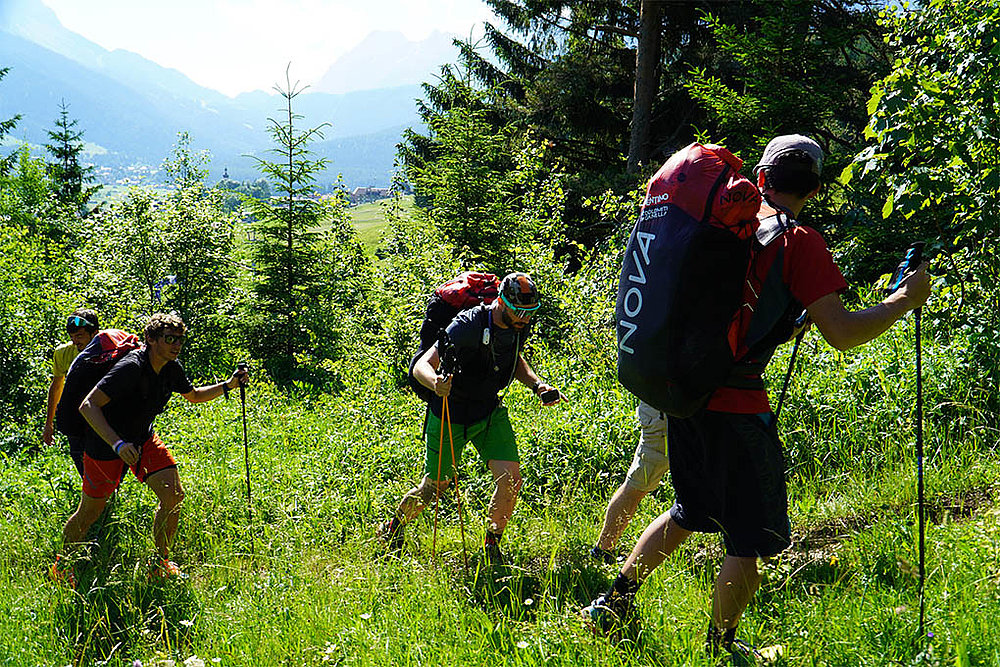 Their temporary travel companion Eduardo used up a few more of my nerves: He wanted to land in the same place a little later, or so I thought, but he came in with a four meter descent and fifty things. There was something wrong with the air. He turned towards the valley, probably out of common sense, and then it got scary: his descent went to seven vertical meters at 70 km/h horizontal speed - I wonder if he was still on the throttle? - and let itself be blown up again in the forest down on the opposite slope. No, that wasn't pretty. I would not actually like to see that. I would ask, if I were sitting like that with Théo and Nicola, tonight, "Did you think we should have done that?" I would also be very curious about this answer. 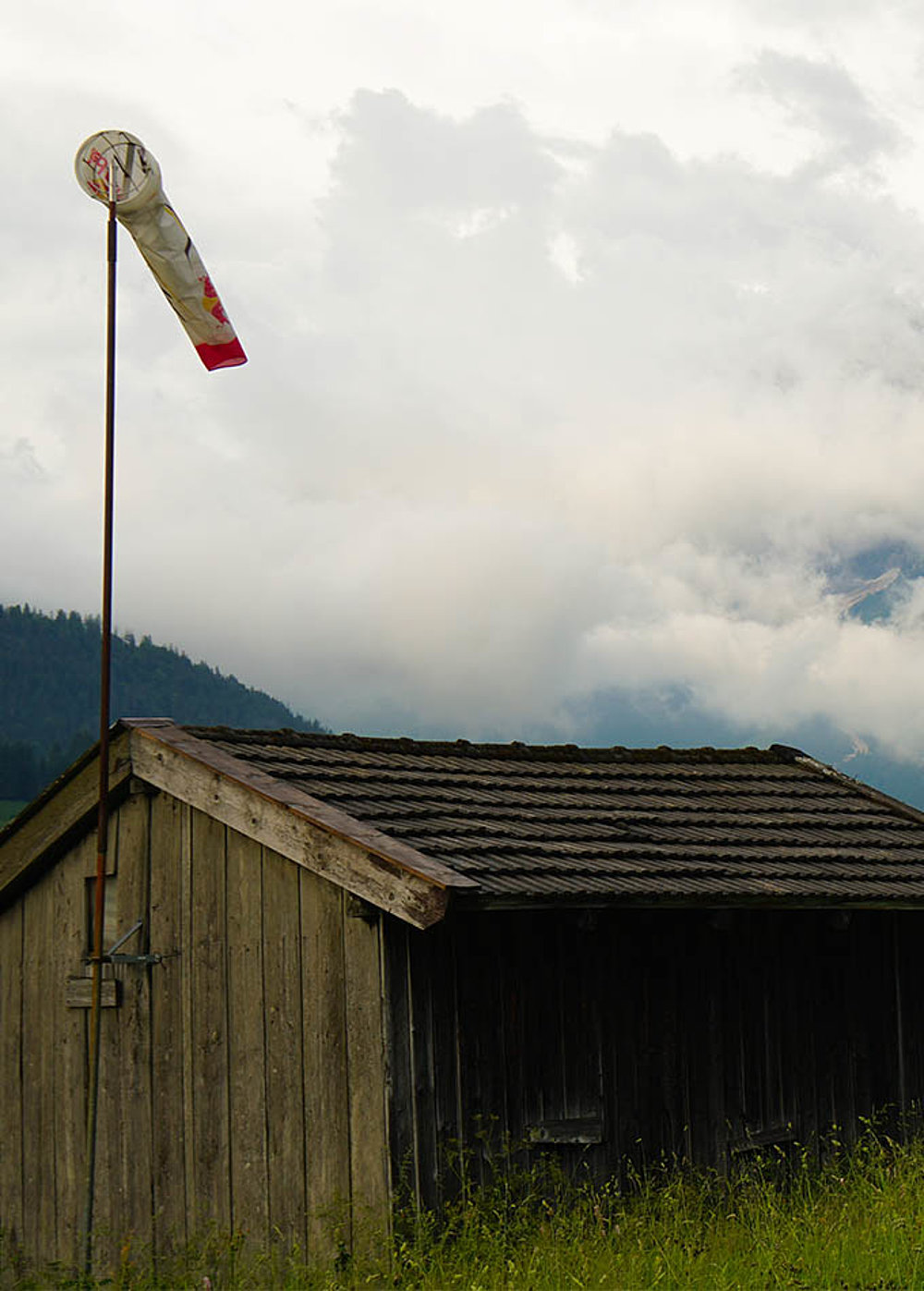 Nothing new in the West
The movements in the rankings remained in the big top field in the overlookable frame. Certainly it was an exciting day of competition, despite the small distance gains at the top. It does not always have to be bolted far to experience what such a competition is all about. The mountain scenery across the Glarnerland into the Urnerland is absolutely tremendous, perhaps even a notch more rugged than the previous foothills of the Alps and Alps along the route.

Chrigel gave himself a nice present for the day. He stayed in the lead from early to late and is expected to arrive in Fiesch for dinner, probably on foot, possibly alone or followed again by Patrick. Meanwhile, he was not able to shake off the motley crowd of chasers and that this would not be possible today, he probably knew already in the morning. So this was a brisk day of racing, for the champion in the toughest paragliding competition in the world.

Here you can watch the video of day 5. You can also find more of our current clips on the Facebook playlist.