On the way to Mount Everest

In May 2022, Pierre Carter plans to climb and hopefully summit Mount Everest, with high hopes to fly from the top. With his 7Summits7Flights project the South-African intends to climb and fly from the highest summit on every continent. Two are missing, Everest and Mount Vinson in Antarctica. His team is about to leave the town on Namche Bazaar in the Khumbu area and head towards Everest Basecamp. Pierre is flying a NOVA DOUBLESKIN on his adventure, which he says is the best-suited paraglider for the job. Read more about his project and about taking off in really high altitudes… 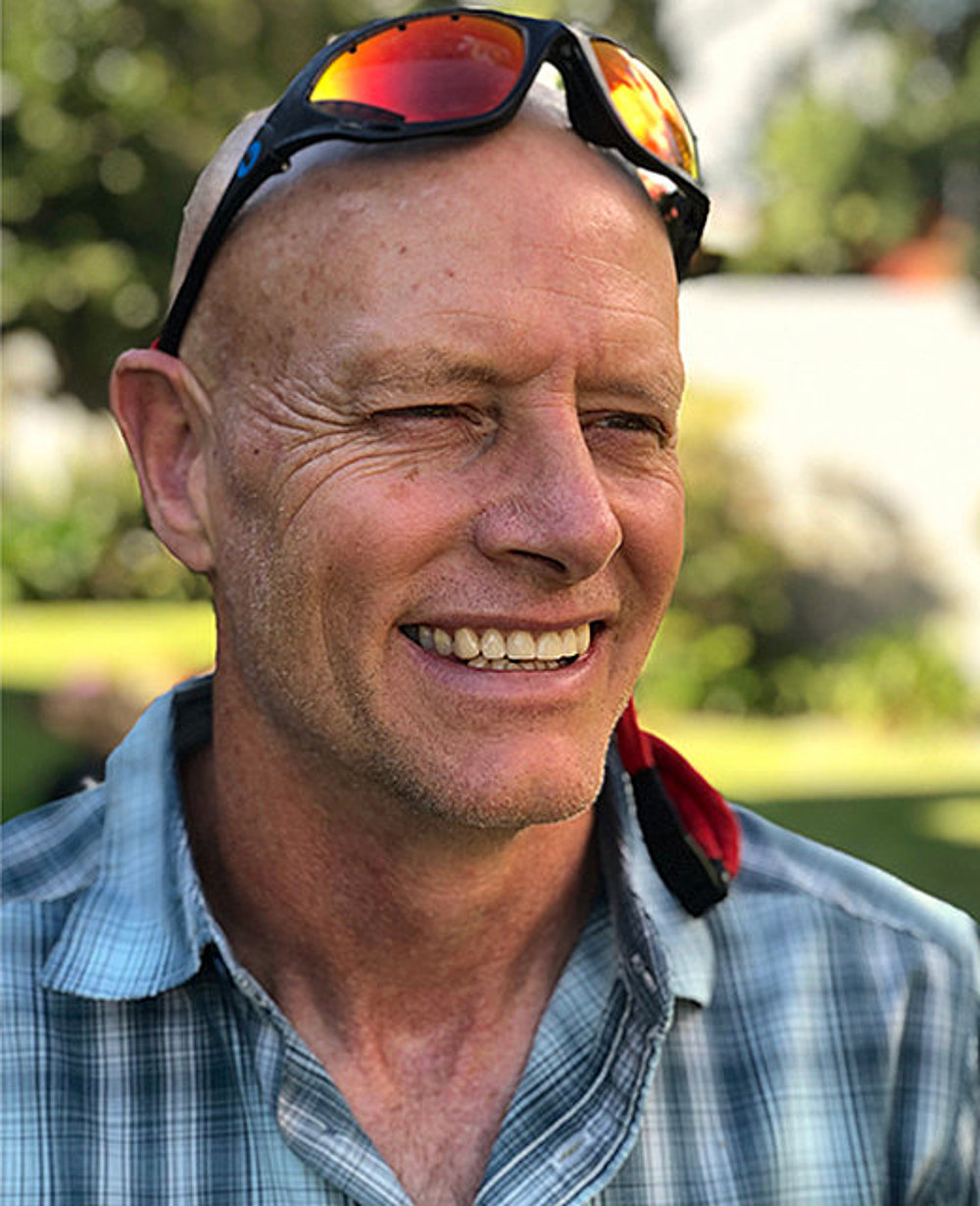 About 7Summits7Flights
Pierre Carter is passionate about adventure, mountaineering and paragliding. The South African has been journeying around the world for his 7Summits7Flights initiative. The former X-Alps athlete first thought about the idea of paragliding from the summit of the highest mountain on each continent, known as the 7 Summits, back in 1998. After 2000, he began his ascent to adventure. So far, Pierre has summited the highest mountains on five continents: Aconcagua, Elbrus, Carstensz Pyramid, Kilimanjaro, and Denali. Mount Everest and Mount Vinson in Antarctica are the last on his list, both of which he hopes to complete this year.

Some luck required
Pierre says his biggest achievements will be to first survive the infamous Khumbu ice fall, then summit the mountain, and only then, hopefully with the weather being perfect, realise one of his dreams of flying off. He estimates there is only a 10 percent or less chance that the elements will come together to make this a reality. The South African has requested permission to take off from the world’s highest peak – or surrounding areas. At the moment, he still awaiting a response from officials. 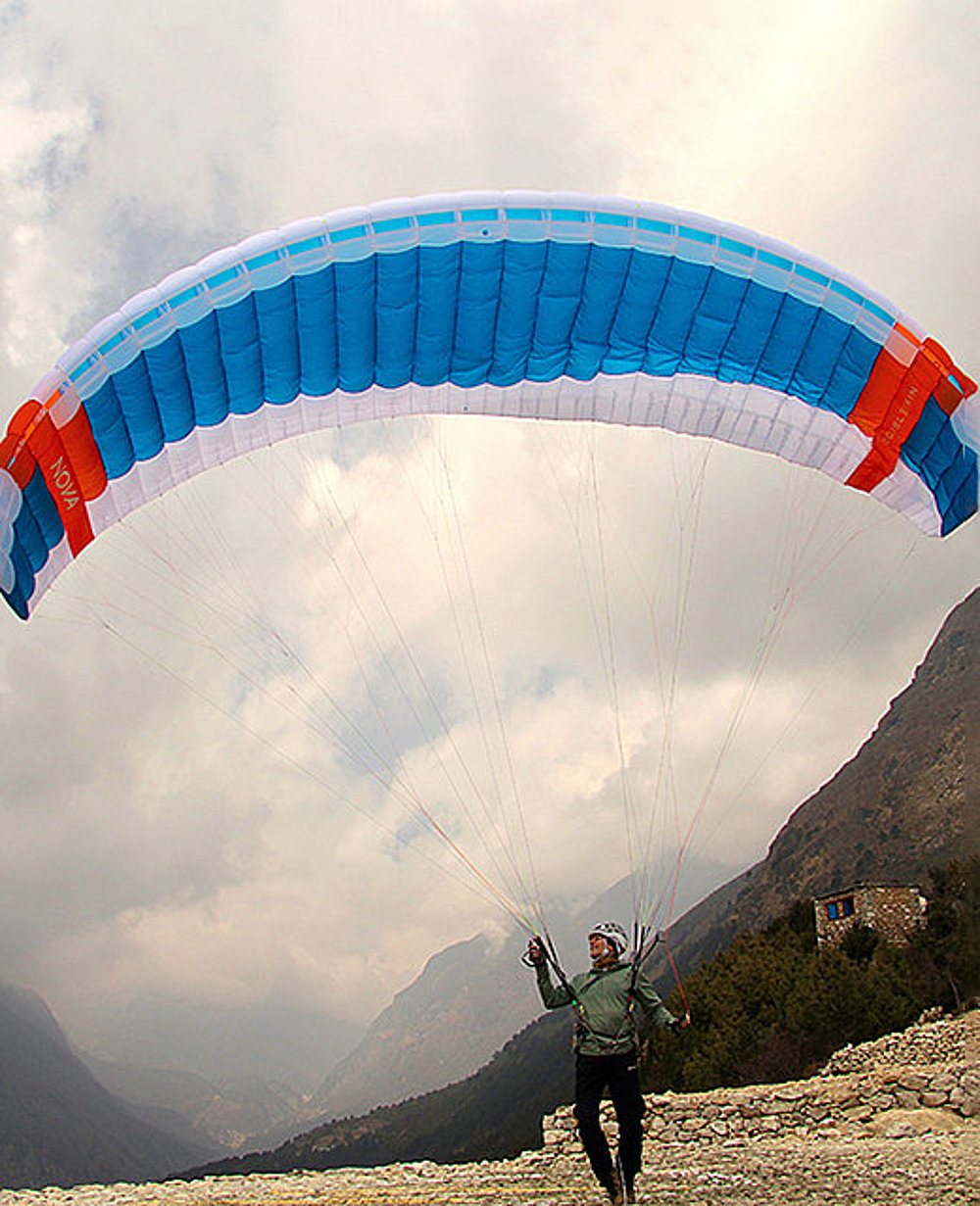 Why chosing the DOUBLESKIN
After intense testing, Pierre has chosen the NOVA DOUBLESKIN as his trusty paraglider for this incredible adventure. Pierre says that this ultralight EN A-wing offers the ideal amount of support and flexibility that will allow him to safely and successfully take off at high altitudes: “It ticks all the boxes.”

On trail with friends, family and live tracking
For his trip, Pierre is taking a group of close friends and family members to accompany him to Everest Basecamp. At the moment, the team is about to leave the town on Namche Bazaar in the Khumbu area and head towards Everest Basecamp. He will then make the long ascent to the summit alone – with hopes to champion the peak and fly off in mid-May.

You can follow Pierre’s exciting journey to the highest peak of the planet on one of Pierre’s social media pages (Facebook / Instagram). On his page www.7summits7flights.co.za you can read about his previous adventures and follow the live tracking. 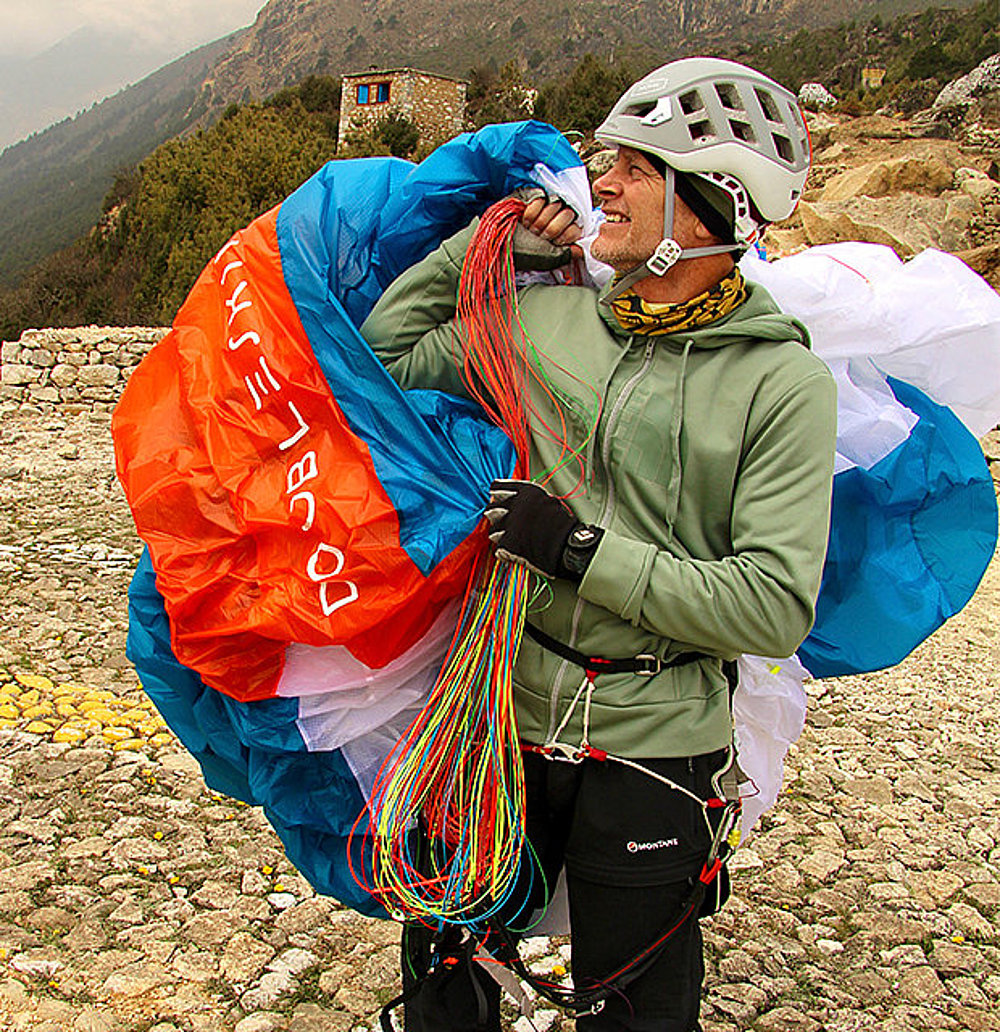 Pierre’s hints: Launching in really high altitude
Below are Pierre’s advice and preparation points when getting ready to fly at high altitude: