When the unlikely comes true

Distracted by all the X-Alps buzz, the community almost oversaw that NOVA Norwegian team pilot Gunnar Sæbu flew two new national records on June 9, 2021 on his trusty NOVA TRITON 2 Light. While XContest calculates 271.16 km open distance, the new Norwegian record in free distance is now 253 km and 251 km to declared goal. The flight was launched in Hjartdal, some 100 km west Oslo and led almost straight north. His wingman was Thomas Skarpås. The two stayed close together the entire flight, talking to each other and helping each other. Due to a few more turns to the south right after taking off, Gunnar “accidentally” flew 600 meters further. Gunnar strongly emphasizes, that Thomas deserves the record as well. Here is Gunnar’s report. 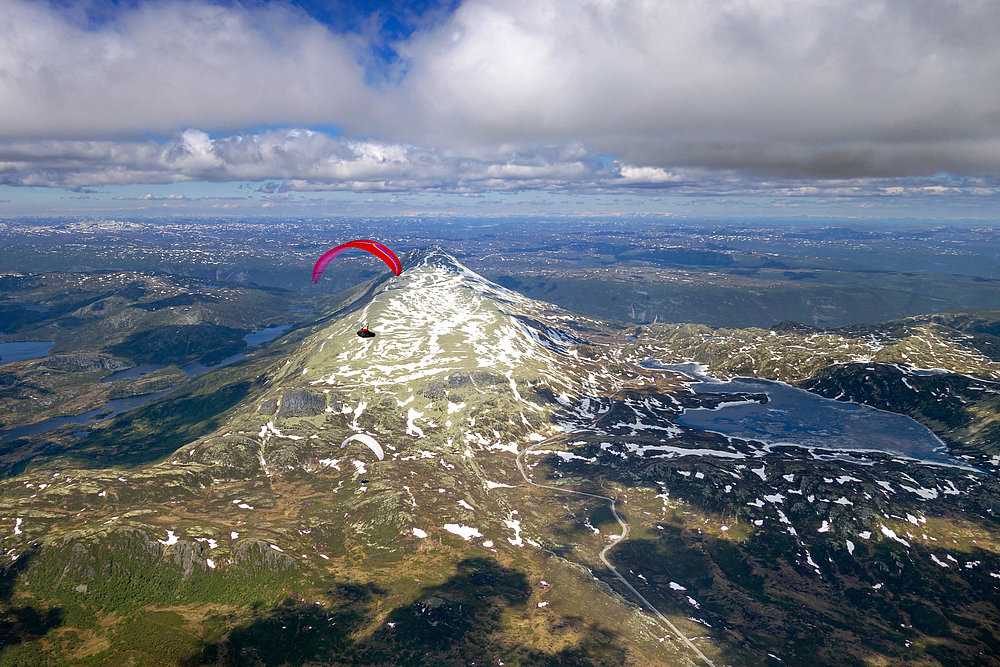 “We were a nice bunch of pilots at the take-off in Hjartdal in the province of Telemark. As the weather forecast looked really promising, we decided to go for a new Norwegian record: declared goal with 251 km to just north of Vennabygdsfjellet.

We were a small gaggle when reaching the rocky peak of Gaustatoppen (1883 m) while southerly winds in higher altitude provided us with a nice push from behind. A bit lower, we noticed westerly winds, which together resulted in some good convergence lines. During the day, the westerly winds became stronger with additional katabatic breezes from the snow in the high mountains to the west. 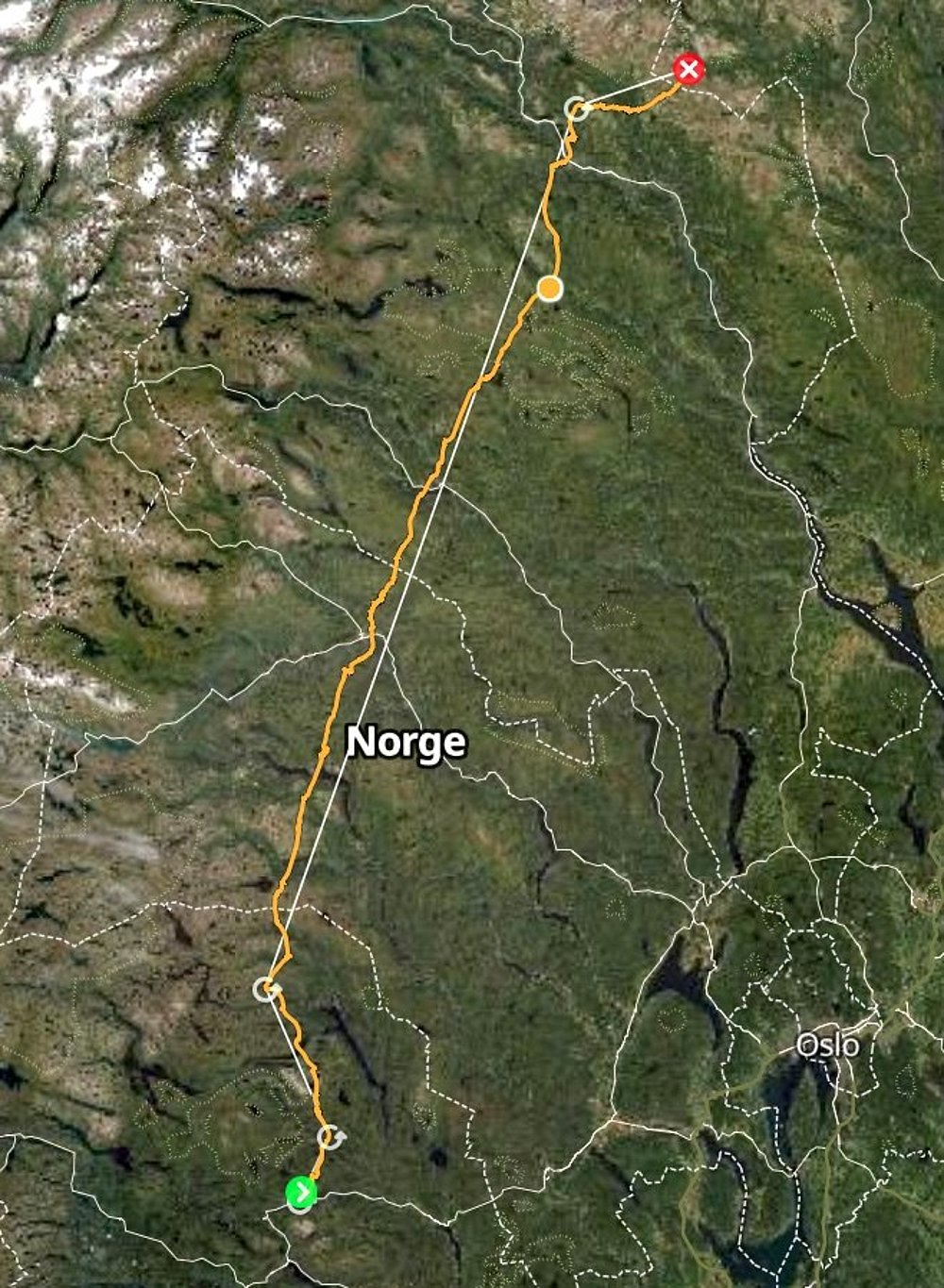 Some clouds provided so much lift that it was a bit difficult to stay well below 2.900 m / flight level 95 on the first part of the flight. After about 100 km we were allowed to fly higher, up to 11.500 feet. In the Valdres district it was fun to inspect my home village, Skrautvål (near Fagernes) and the Sæbu family’s farm from really high up. By now, our “gaggle” consisted of two pilots only, Thomas Skarpås and me.

Passing the next mountain area, it was a great feeling when we crossed 200 km. In Norway, this something really special! The problem now was that the clouds became fewer near Gåla – actually some kind of a big problem! We tried our best to stay high and sneaked around a bit to the west. The day was coming to an end, so the choices became more difficult.

When it was well after 8 pm, I had actually given up the chances to manage the 250 km. Ahead of us, we were looking at vast areas with a lot of shadow. Yet, there was no choice, so we continued a little north before we hoped for a miracle inwards Tjønnseterfjellet. Maybe it was possible to get some magic air over the valley before Vennabygdsfjellet. 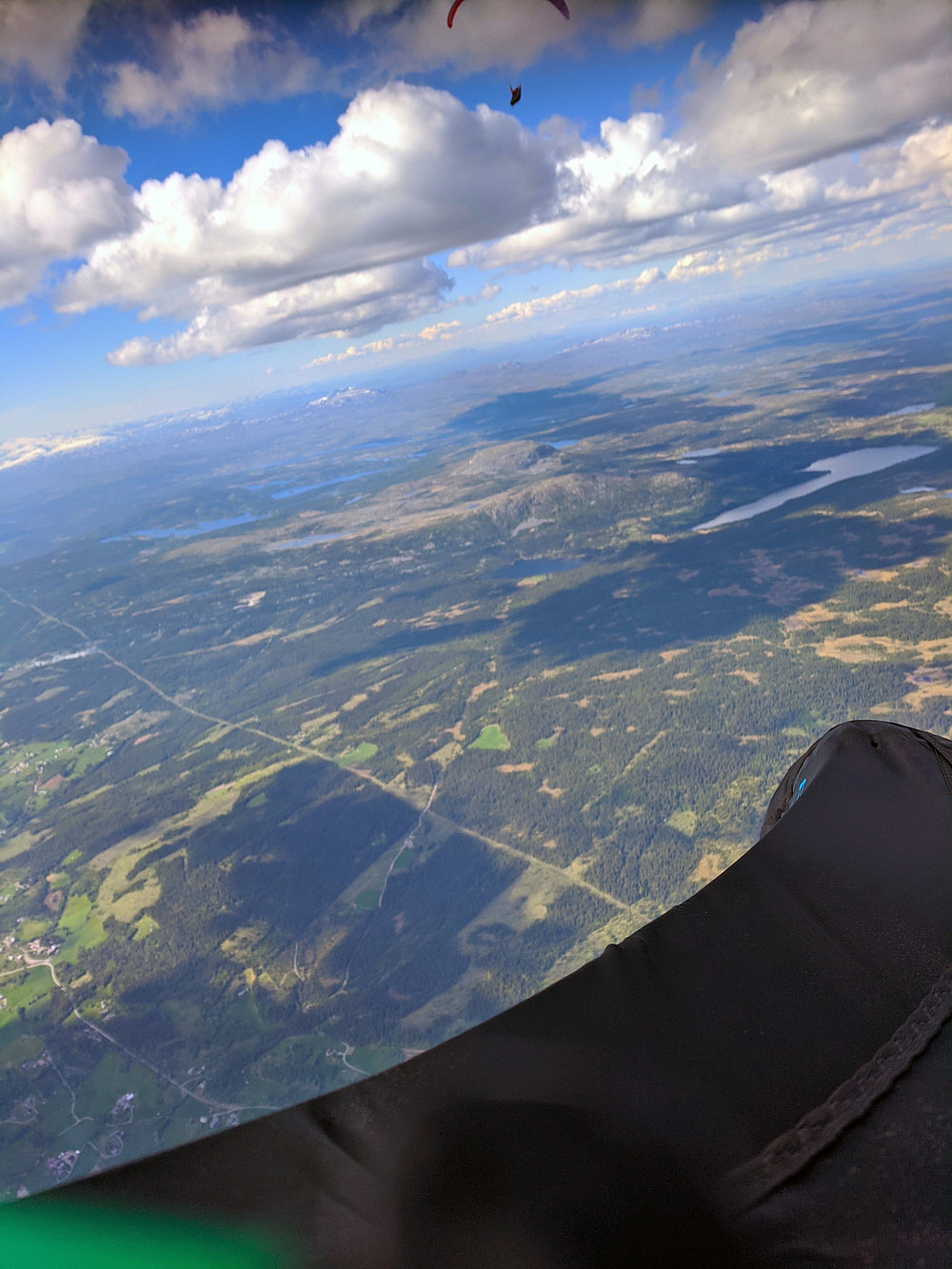 How late can there be thermals? And where?

The clock was approaching 9 pm and I actually did not believe that we would find a lift inwards the mountain. The thermals we had just had, seemed to come from "rest heat" from the forest below us. There wouldn’t be much “rest heat” in the barren mountain landscape, I assumed. But all of a sudden, we felt a southerly wind in the mountain while we had drifted in from the west. What was this? A convergence?

In any case, we desperately needed to gain a few hundred meters of altitude to reach our goal. Incredible, there were still thermals. We flew the last turn in thermal at exactly 20:59 in about 20 km/h wind! This thermal presented us about 50 metres of extra altitude plus some nice drift. We chose to push a little east before we straightened upwind. This was to try to avoid the downdraft behind a hill.

Now, our declared goal came in sight. Should we be really to make it? Suddenly, I was hopeful again, spirits were up! I got more and more excited. No downdraft and nice tailwind I looked at my instrument: the glide was really good! Yes, yes, go! We succeeded to glide over the last plateau along the road. We were about 100 m above the ground when the slope downwards on the other side of the plateau began… Even more glide! 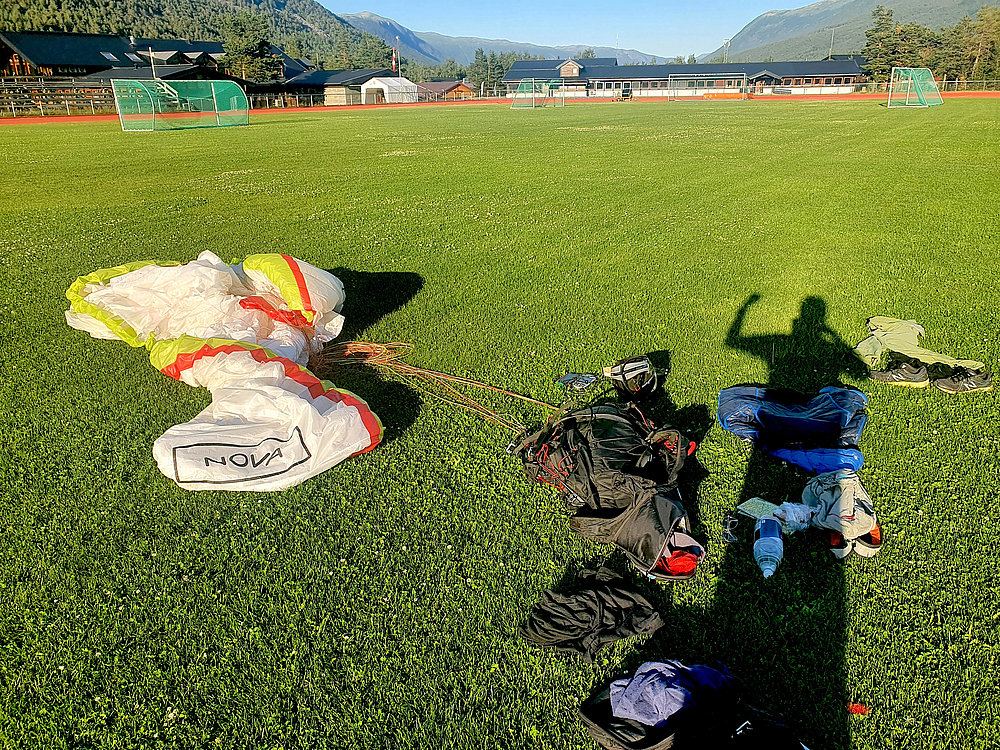 And then the magic moment

Yes, we did it! We achieved the day's "just wanted to dream of" goal of 250 km! Possibly our shouts of joy struck on a Richter scale somewhere. Then we slipped into the declared goal. Incredible.

When I packed my trusty TRITON 2 Light, one of the guys who come by car and had followed us on the live tracking gave me beer. Wonderful, the icing on the cake! Just so incredibly perfect. What a day! We had flown a new Norwegian record in free distance (253 km) and declared goal (251 km). Thanks!

See you at cloud base! 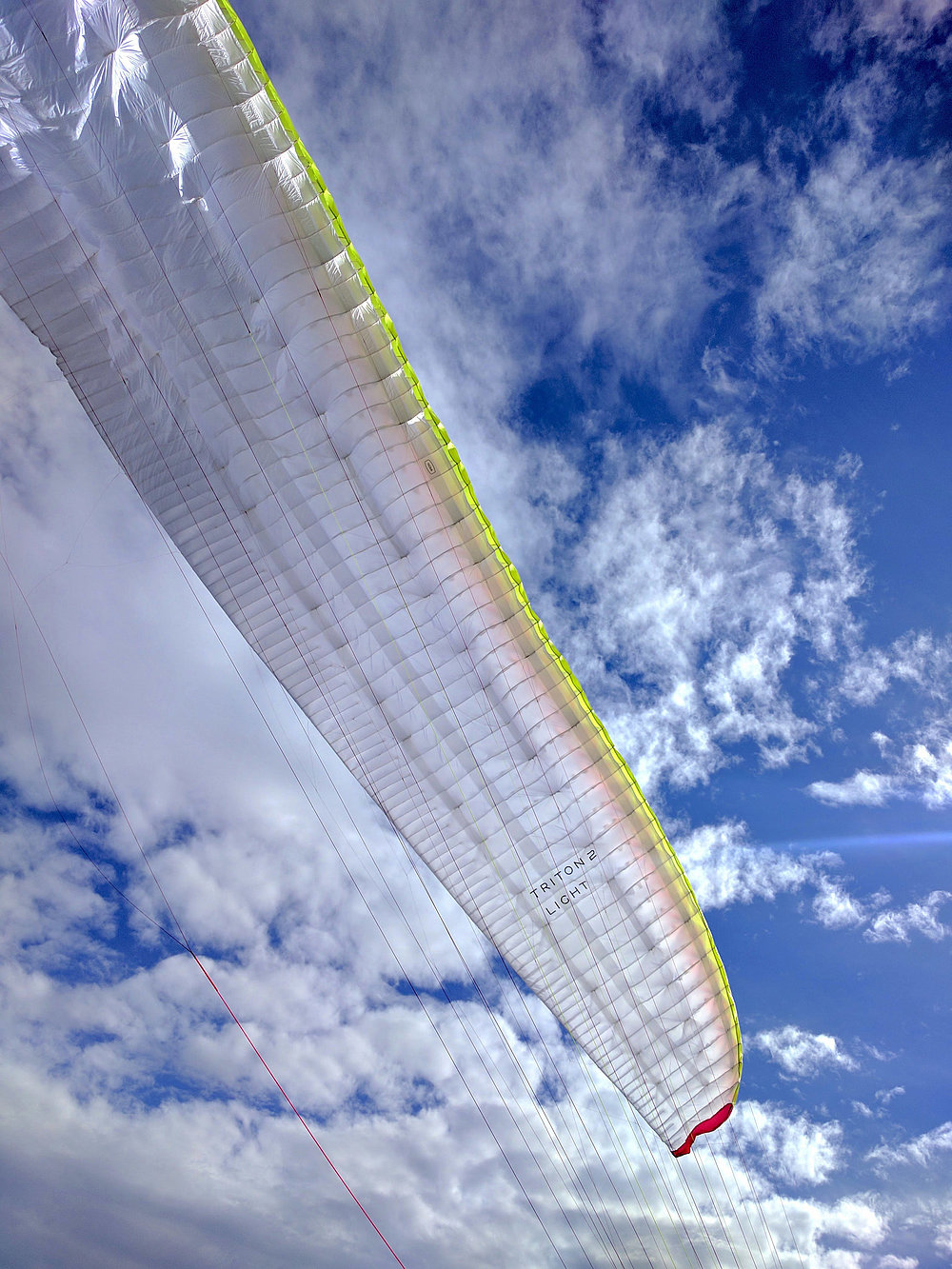 Check it out on XContest!