Julie & Paul: A year on the road

Travelling with Paraglider & Climbing Gear. Stories from on the Road in N-America Part 1

Paul Nagl is our Head of the service department. With his girlfriend Julie, he is currently taking a sabbatical and making his dream of a really big trip come true. The two have a paraglider and climbing gear in their luggage with the plan to use both as often as possible. In Part 1 Paul reports about their experiences in Colorado and Utah. 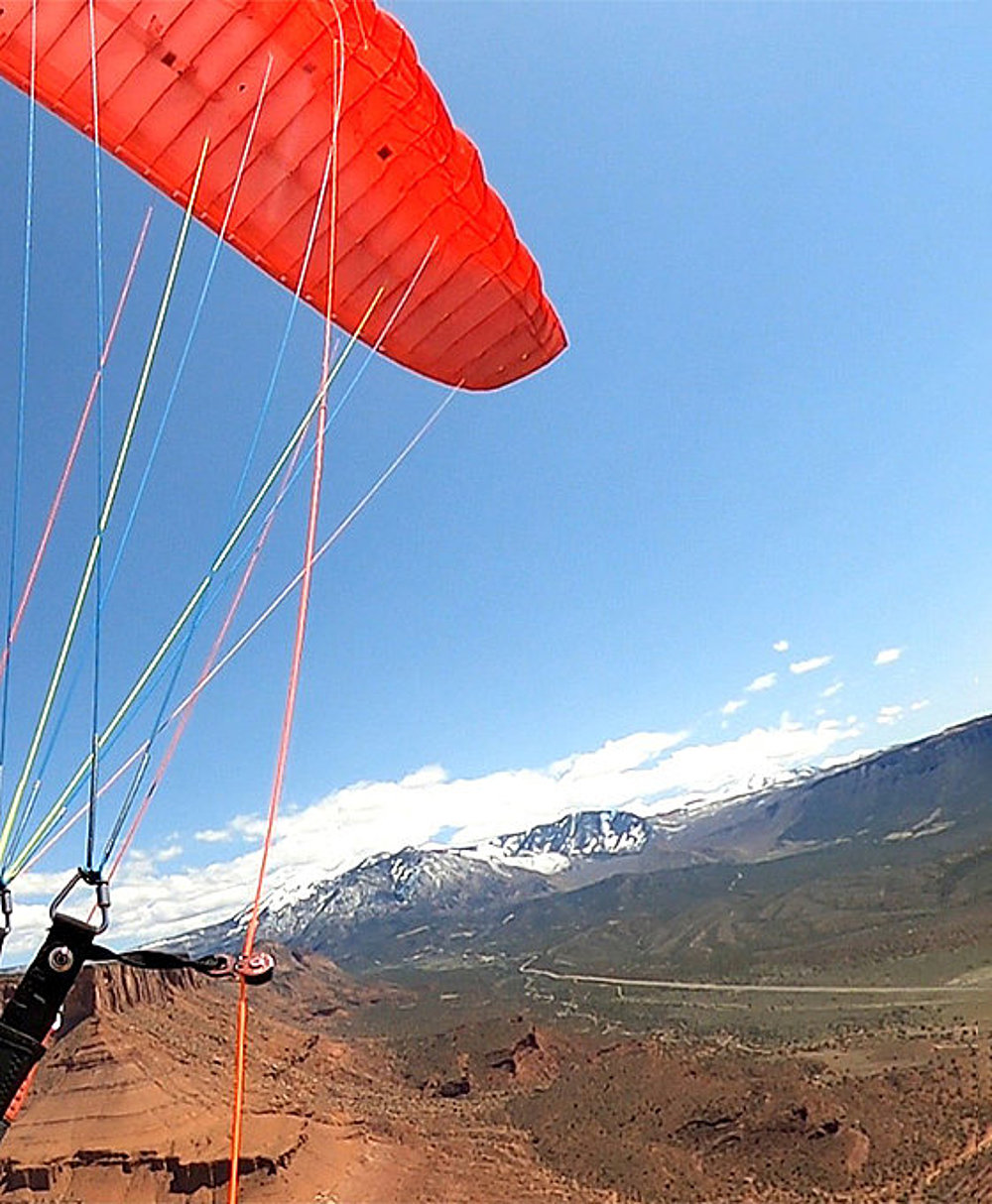 Just do it!
It has been clear in my mind for many years that one day I would like to go on a really long trip. I wasn't thinking about a three-week trip or a six-week extended summer vacation – no, it was going to be a whole year. A whole year of travelling in a van and doing whatever I want all day long. When I used the word "do", I was thinking mainly of my passion, namely sports. This includes hiking, climbing, surfing and, of course, paragliding. When I thought of "don’t", I thought of all those everyday obligations that keep me from the activities that belong to the "do" category - that is, mainly working and studying for university.

After a few years of saving money, the opportunity arose at the beginning of 2022 to turn this dream into reality. Together with my girlfriend Julie, we booked ourselves a one-way ticket to Denver, Colorado. Neither of us had set foot in North or South America until that point, and we wanted to finally tackle this blank spot on our personal world map. The bold plan: buy a car in Denver and drive it first to Canada, then in late summer drive along the American west coast towards Central and South America and spend the winter there. A year of "Endless Summer". Wonderful! 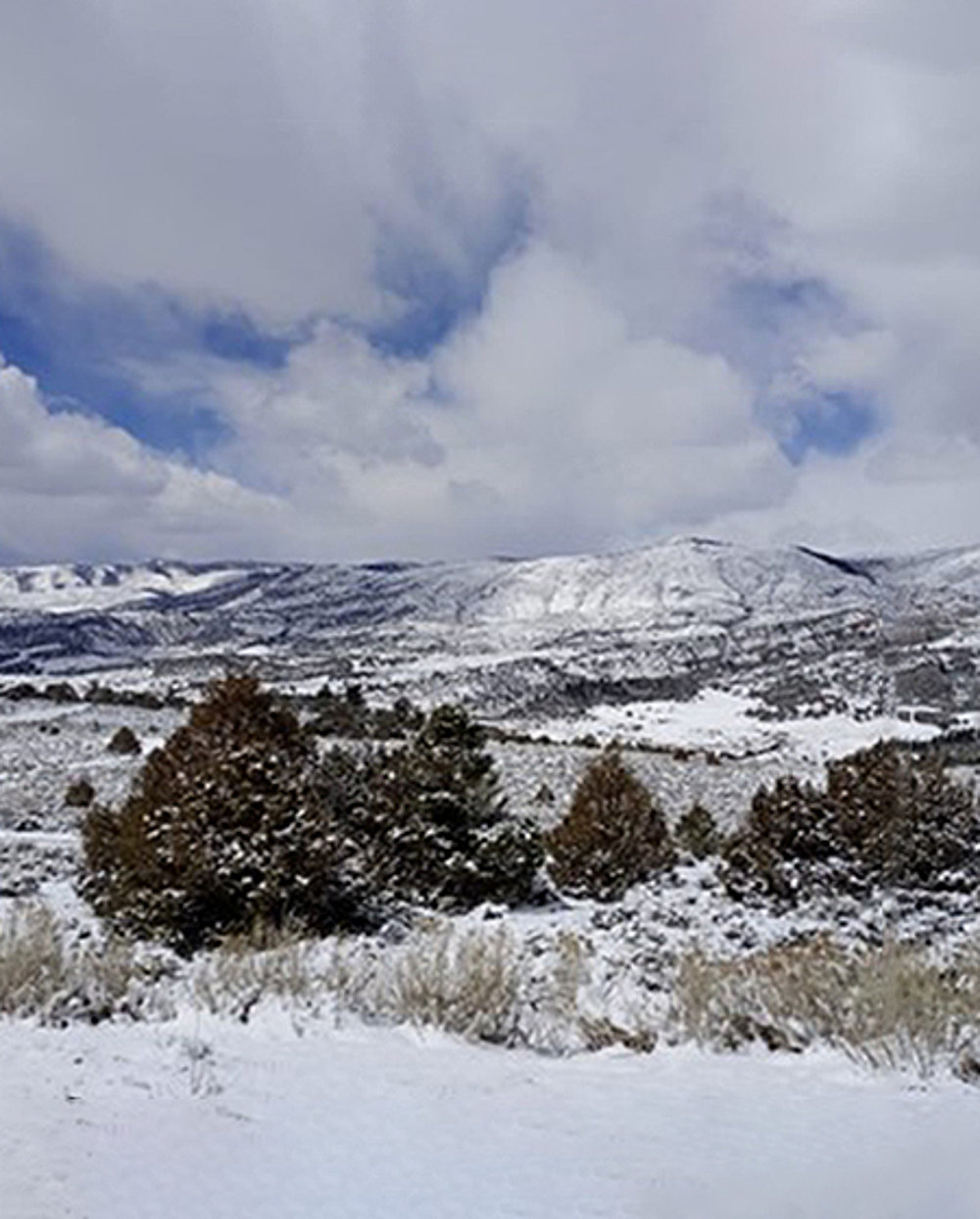 Learning a Globetrotter's Lesson
However, everything turned out a little different than expected, which dawned on us as soon as we arrived in Denver (so much for our meticulous travel preparation). We were greeted by cold and especially very strong wind and snow. During the first nights in our rental car, the windows regularly froze shut from the inside. Below zero degrees and especially an icy wind were the order of the day. It was clear to us that we would have to get a more comfortable vehicle as soon as possible and then we would be off to warmer climates.

Fortunately, after only one week we got lucky on the second hand car market, which had become very worn out due to Corona: A 4x4 pick-up including a slide-in camper was for sale at an affordable price. On the same day we made an appointment with the seller – and bought the car. 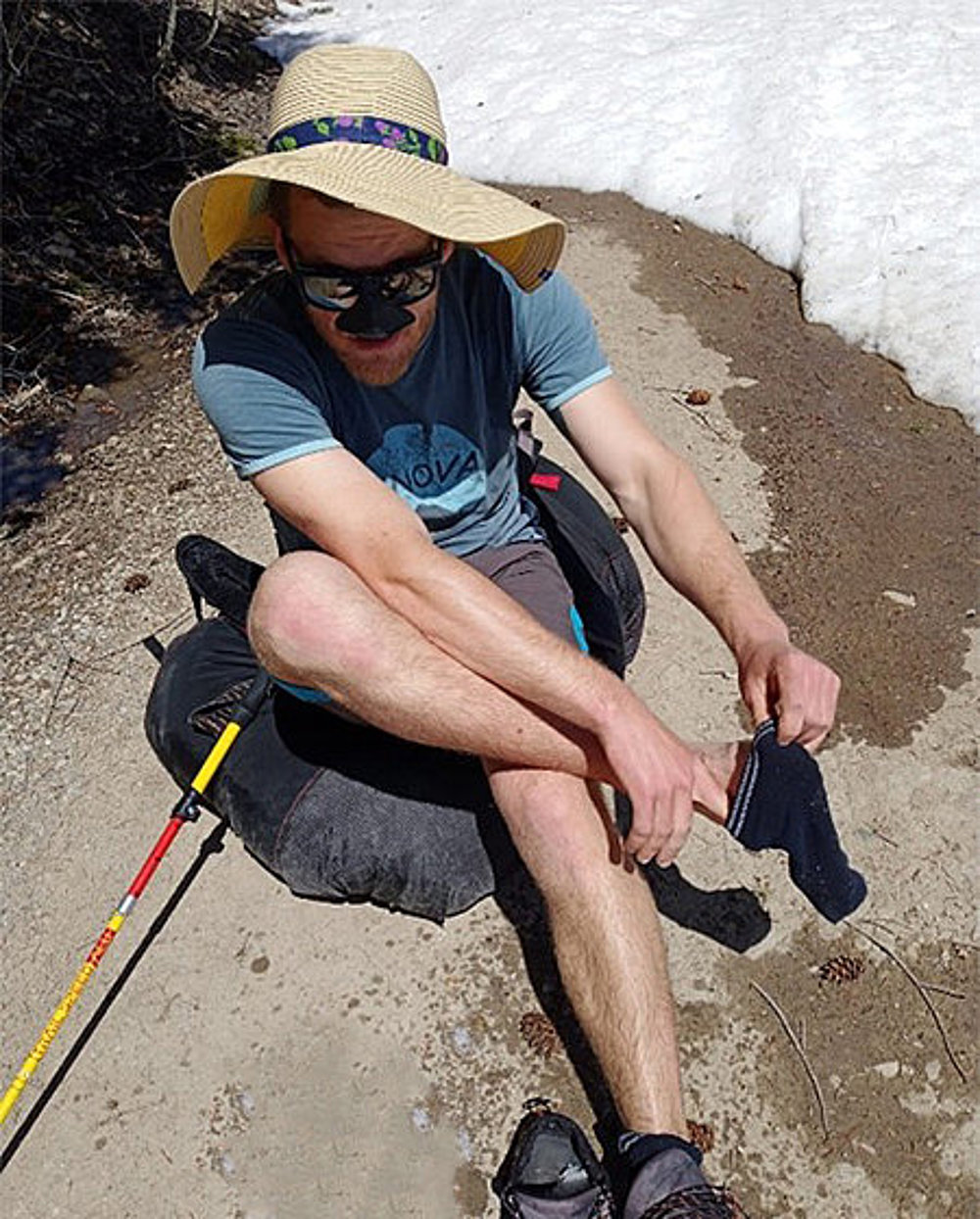 The Rockies are not the Alps...
After a week of freezing in the rental car, our adventure was about to finally begin! We had chosen Rifle as our first destination. Rifle is a climbing paradise in the foothills of the Colorado Rockies. Here, climbing in the best limestone was on the agenda. When we were not climbing, we passed the time with hike & flys – or better said: with attempted hike & fly tours. We realised that the problem with flying in the Colorado Rockies in April is that the mountains are quite high and there is still a lot of snow. On the other hand, there is a very strong wind blowing almost all the time. Almost always from the west and always strong (up to 120 km/h).

So, a classic Hike & Fly for us these days often looked like this: three to five hours of climbing for 1000 meters of altitude through heavy, wet and especially deep spring snow. Once we reached the top, we were completely wet and freezing at an overgrown "launch site" where the wind was coming from the front, but at a speed of 50 km/h. Then followed, cursing the weather, the descent of several hours through now even deeper and wetter slush snow. All that only to arrive completely exhausted and without having spent a minute in the air back in the valley. 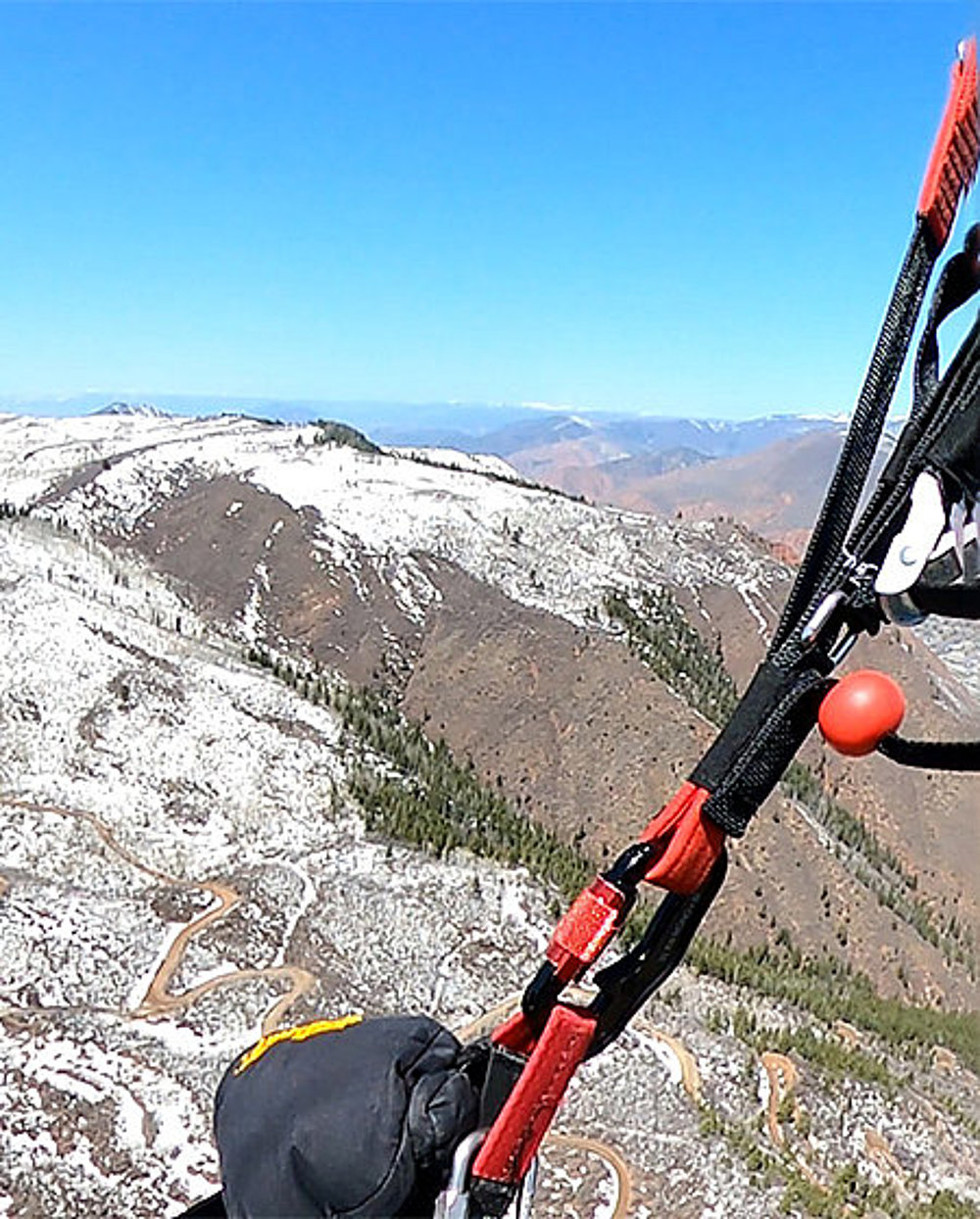 Finally, in the air
However, there were also exceptions to these "classic" hike & flys. I will call these "atypical hike & flys" in the following. The atypical thing is: the "fly" part actually happens! We managed one of these atypical hike & flys on a sunny day near Glenwood Springs. We had learned from our past mistakes and climbed along a south-exposed ridge (less snow) and launched on the leeward side of the mountain, which was not as exposed to the strong westerly winds. After launching (in tandem) we found a strong thermal quite quickly, which was unsurprisingly a bit rough, since it was of course a lee thermal. Despite all this, we didn't let ourselves spoil the fun so quickly once we had finally made it into the air. So, we gritted our teeth and cranked on.

No sooner had we topped the summit than it became clear to us that our XC ambitions would be far off on this day. The westerly wind once again threw a spanner in the works. The strong wind seemed to cap the thermals and in addition we had no forward motion against the wind. On the contrary: we flew backwards. Therefore, slowly reason and the instinct for self-preservation knocked on our door and we decided to land. 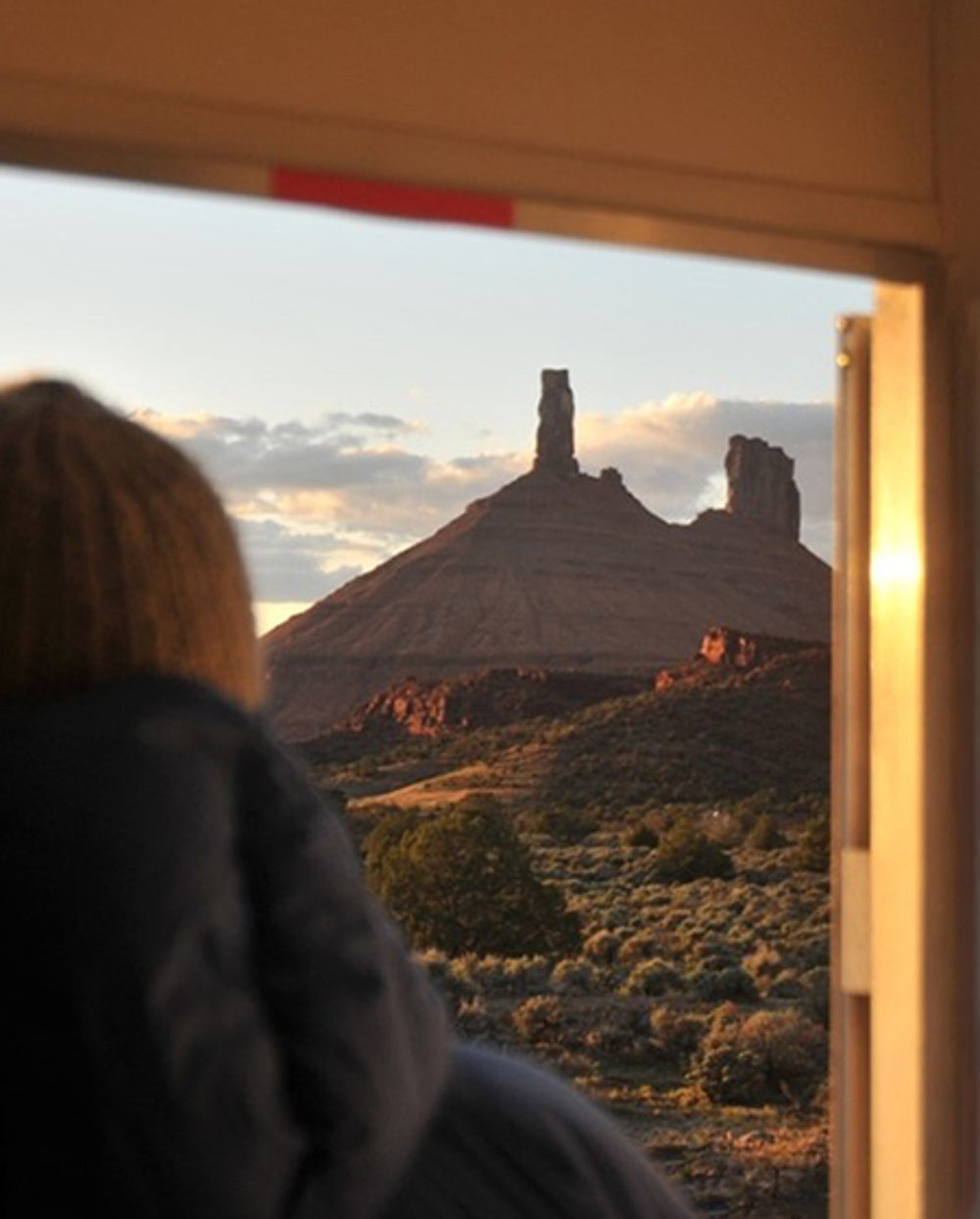 There is another way
Fortunately, after this rather hard introduction to paragliding on the American continent, things turned out in our favour. At our next stop in Moab, Utah, it was time. The west wind dropped a bit - finally!

After a long internet research, we decided to try our luck in the nearby Castle Valley, where we planned to launch at the foot of the Castleton Tower. The plan was to kill two birds with one stone: first, to catch some thermals and second, to take a closer look at the tower itself in order to climb it the following day.

No sooner said than done: The next morning we headed for Castleton Tower with a NOVA BION 3 tandem prototype on our shoulders. We decided to hike to the base of the tower already in the morning to escape the heat of the day. At the foot of this impressive sandstone tower, the wind was blowing stronger than predicted, as it often does, and from the wrong direction, namely NE. Nevertheless, we managed an exciting take-off from a rocky ridge into the first thermals of the day. However, our impatience was to be punished: Due to the cross-regional wind, the thermals were torn and not yet very strong. So, I didn't manage to centre the thermal effectively and before we knew it, we had lost important altitude. 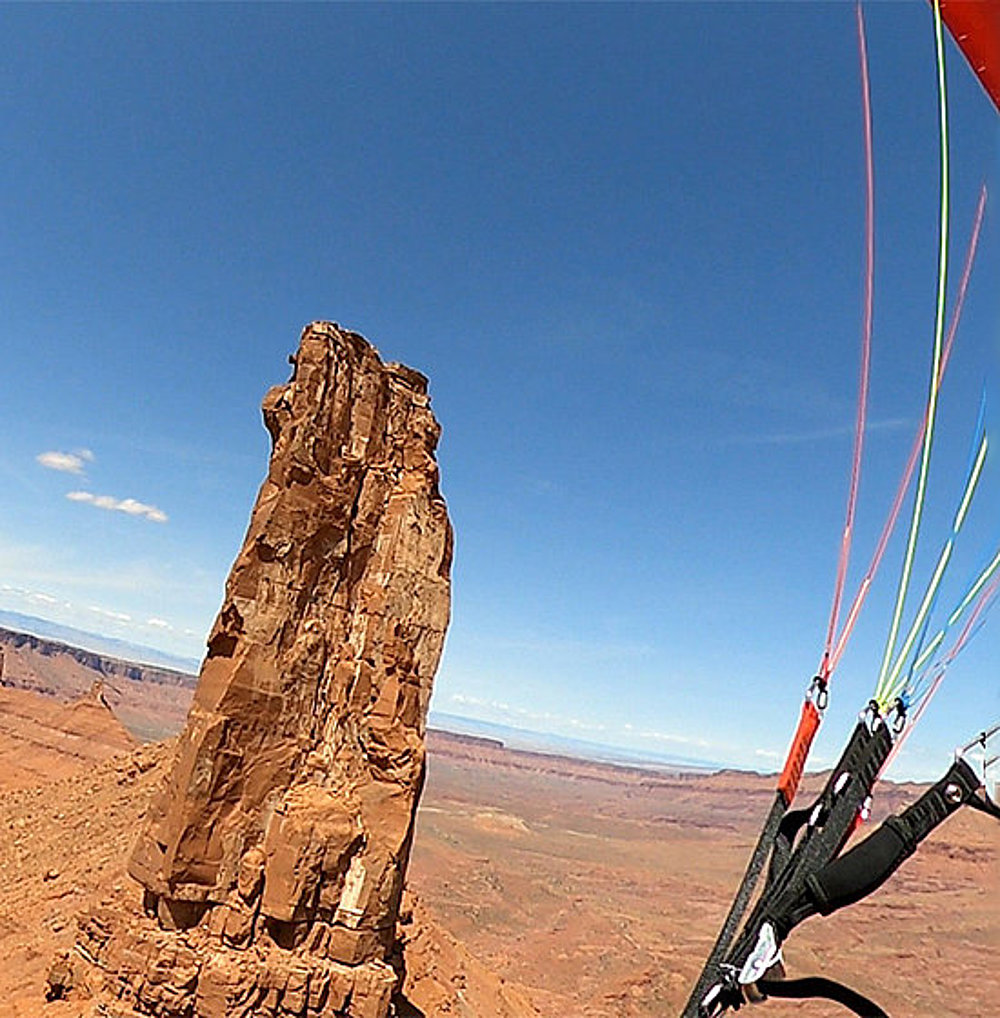 Don't give up and think positive
This forced us to make a quick decision: either a landing on the road in the valley or a little higher on a trail surrounded by tall bushes. Not wanting to give up completely on our mission of a first real thermal flight, we opted for the hiking trail. The landing went well and immediately we started to climb again - but this time in the midday heat. When we arrived at the base of Castleton Tower for the second time, completely sweaty, we were greeted to our delight by a weakening over regional wind. It had also shifted slightly to the north, allowing for a more windward-sided launch.

A bit nervous, as we feared to sink again, we got ready for take-off and waited for a good wind phase. As soon as we were in the air, we went around the tower to the sunlit south side. Once there, the vario started to beep more and more. Finally, a long awaited thermal! 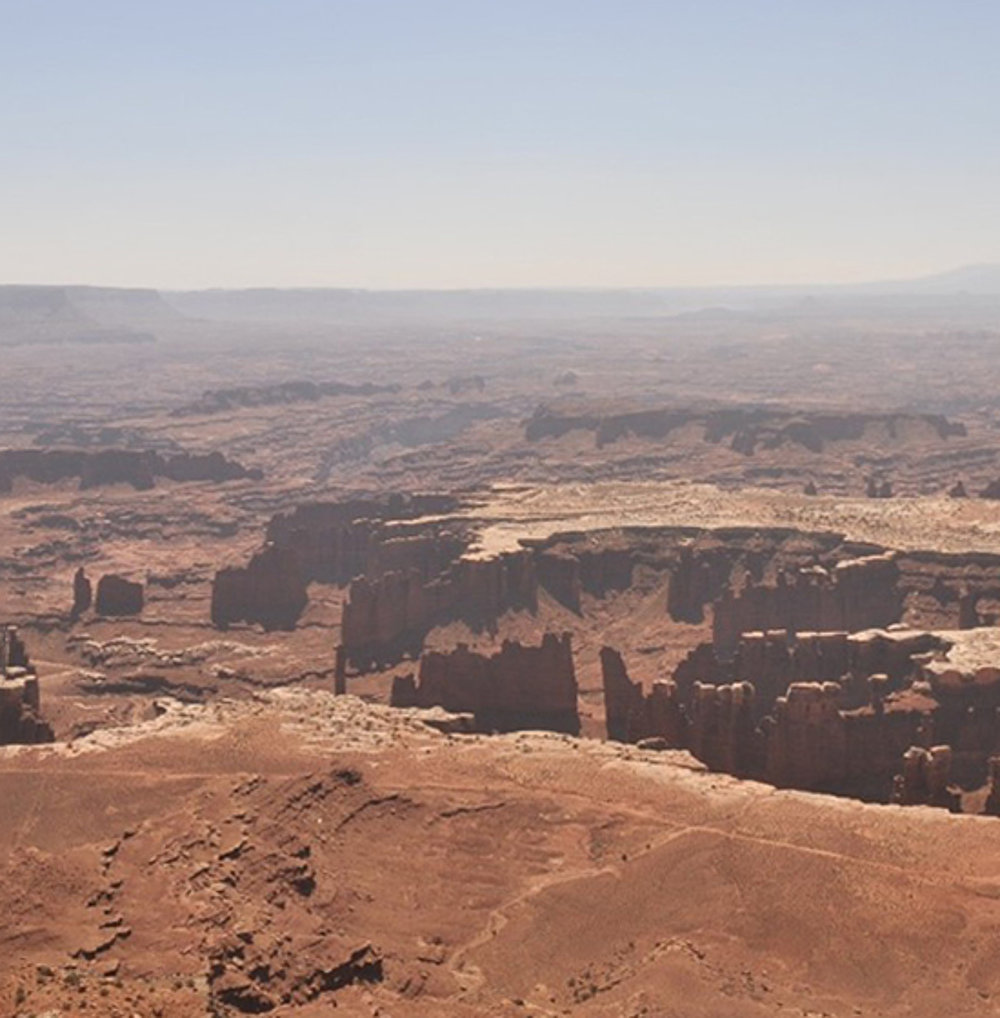 Although the thermal was a bit bumpy at first, the climb increased with every meter. At a rapid pace we thermalled up directly on the south face of Castleton Tower, passing climbers on the way up. We could hardly believe our eyes when this wonderful thermal gently released us five minutes later at almost 2000 meters higher. The view over Moab's desert landscape, the canyons and the Colorado River was simply breath-taking! After about two hours, we were able to fly almost to the base of the snow-capped La Sal Mountains and back again. Then the cold forced us to land. So, happy and with beautiful impressions in tow we landed on the road next to our camper. The day could not have been any better! Our adventure in Castle Valley was crowned by the ascent of the Castleton Towers the next day.

So now we can continue our journey north. We are excited about what awaits us in the coming weeks and months. Hopefully many meters of climbing and lots of airtime. We will report!