A little devil would have taken Chrigel's paraglider away from him yesterday on the Schmittenhöhe, packed a few rocks in his backpack and sent him on foot down to the lake for a swim. It's a mockery that the X-Alps are still going on for three days, but the winner and his closest pursuers seem to have taken advantage of the beautiful weather. They left none of it for the athletes further back. "My cave has a hole," said Paul Guschlbauer with a grin on his face the day before yesterday, as he sheltered under dripping rocks, in the pouring rain, before having to descend from far up the mountain. Nothing worked. He will walk down, march up, walk down for many more hours. And in front? There was a race today with a gap of seconds for second place. A real thriller! 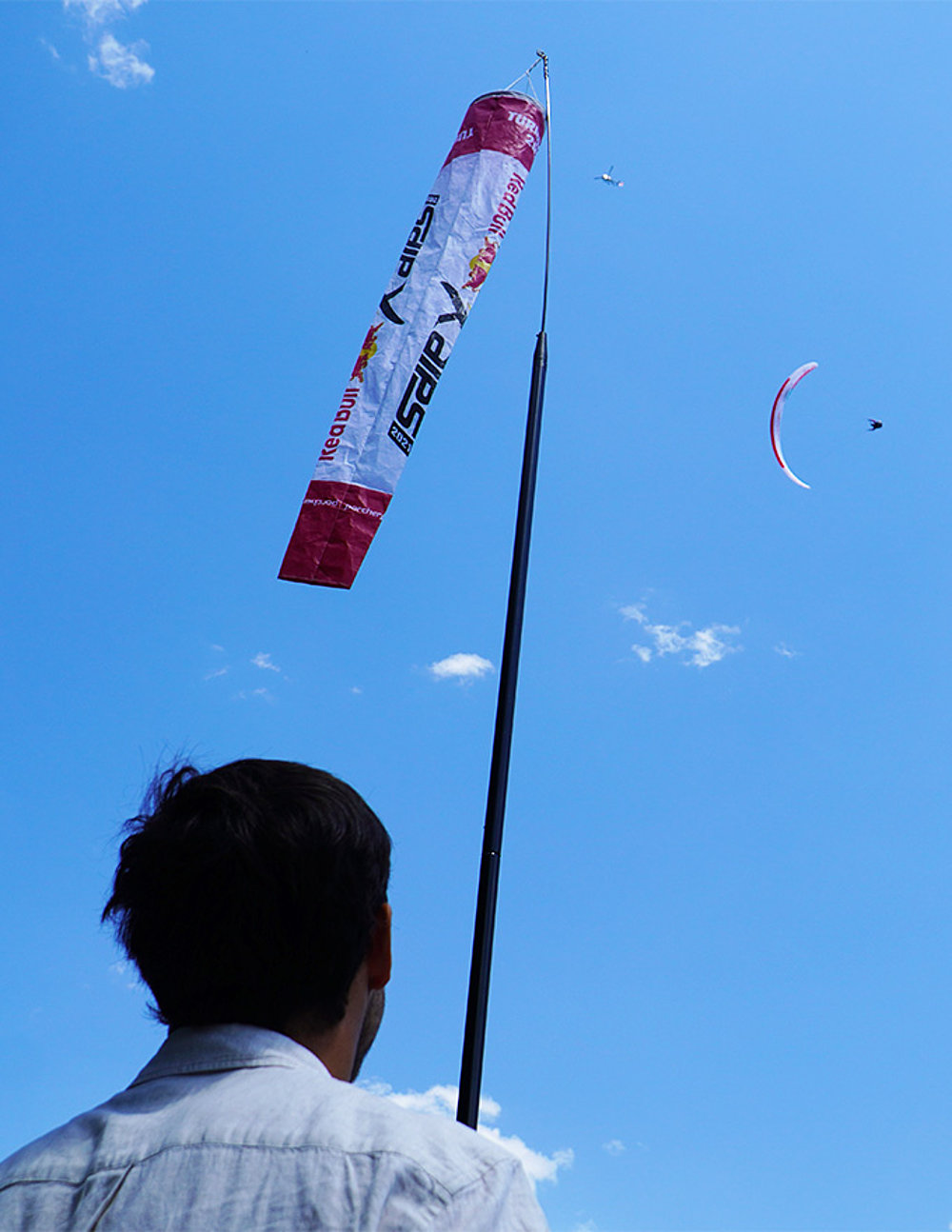 At the back, the cheese is pretty much eaten
It is an unfortunate fact of the X-Alps that most of the men and women still on the road now will not see the finish line. The weather outlook until Thursday will not allow such magical flights as Chrigel and the group of four behind him performed yesterday. These were some of the longest and most enjoyable high alpine flights of the X-Alps 2021, while in the west there was hardly a glider to be seen in the gloomy sky. Théo de Blic certainly didn't make a bad decision when he chose eating pancakes over hiking in the hail....

The path on the ground is now the daily bread of the remnant athletes, a meagre bread. It is incomparably slower and duller for the athletes in the backfield, if not even a path of suffering. The stupid thing about Hike & Fly competitions: When hiking to actually move forward (rather than as a climb to the take-off), trotting along the road is the most effective. The hiss of car tyres on the wet road is the music that accompanies the runners. The smell of diesel and petrol is the scent of the vast Alpine world for them. A few comforting walks to glides across a valley - the forecasts do not promise much more. 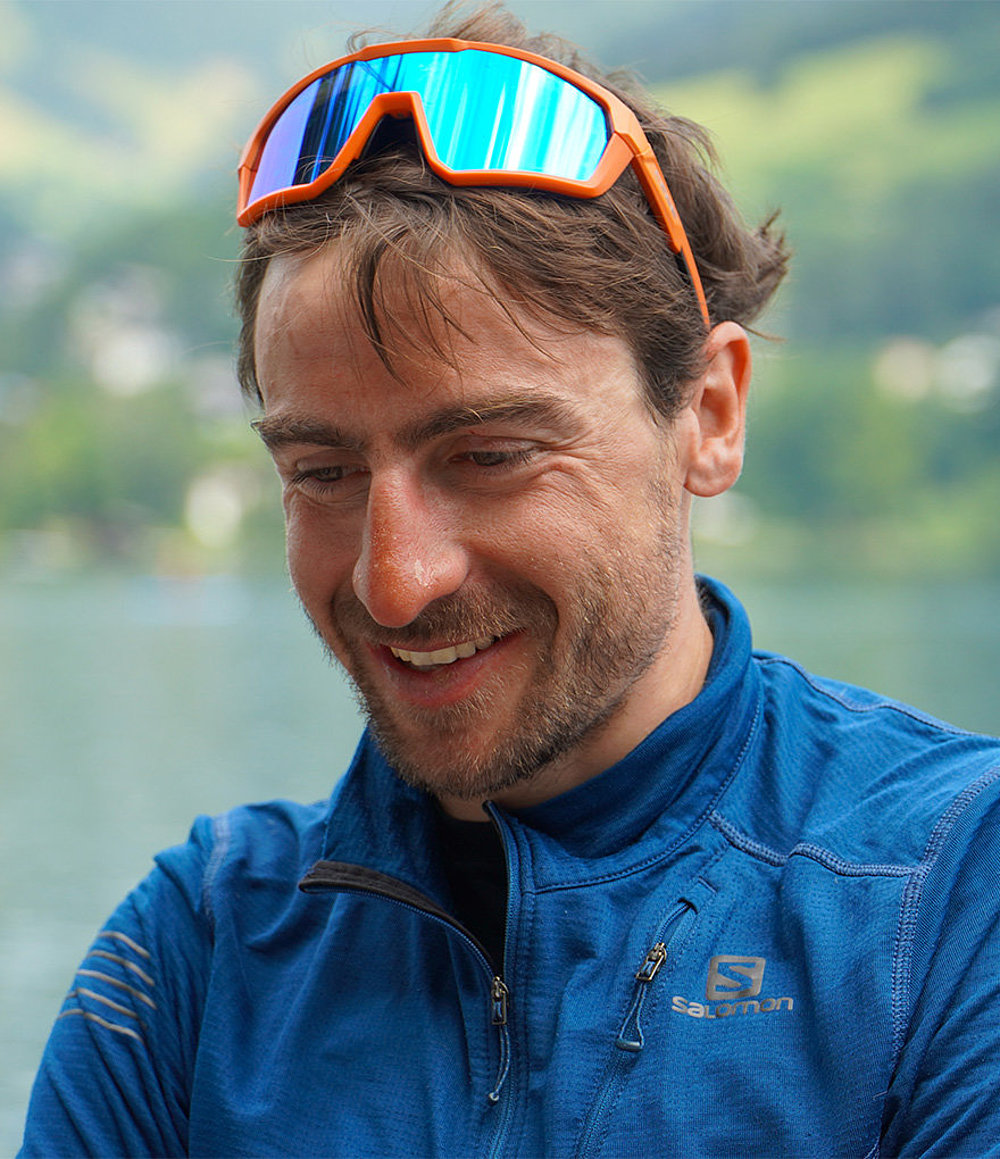 The longest flight was NOT Chrigel's
Well, let's have a look at the little colourful hiker or paraglider icons on the monitor. There is still some excitement today, actually even more than yesterday. Yesterday, Chrigel was not entirely out of danger of being caught up (which was somewhat lost in the general celebrations of victory). The "three musketeers" on Chrigel's heels, Patrick von Känel, Maxime Pinot and Simon Oberrauner, delivered the longest flight of the whole event: 225 kilometres straight line, about ten kilometres further on the X-Alps line than the champion the day before. Maxime covered 356.11 km actual flying distance!

The three touched down and signed off at Kronplatz just a few hours behind Chrigel. If the master Maurer had messed up at the front or if he had been slowed down by the weather, the songs of praise (including ours) for Chrigel's magic moves would not have sounded so loud. The Musketeers would have been sung about. 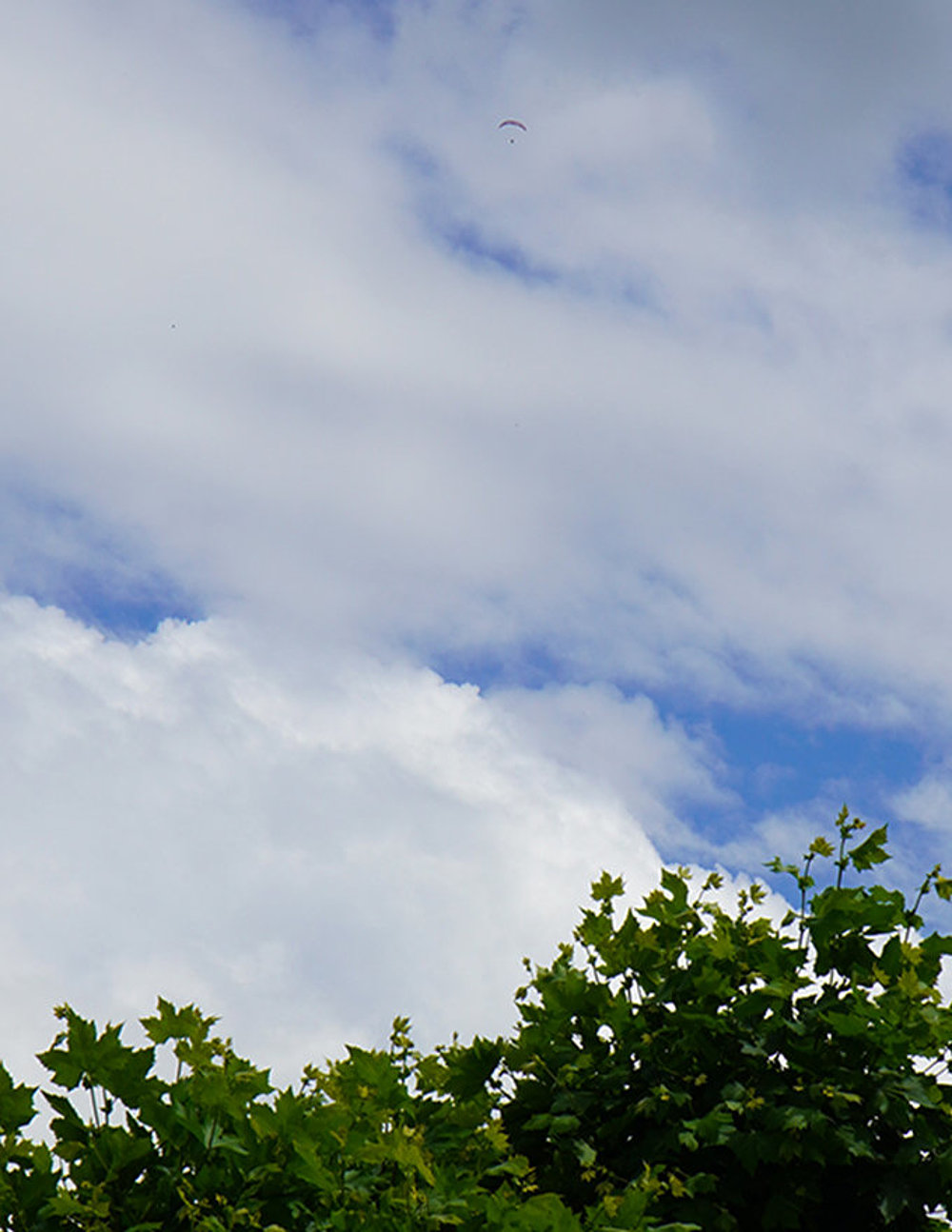 A question of attitude
Meanwhile, Benoit Outters had to say goodbye to the fight for a place among the top three. The podium, he declared recently, was not his goal. To be part of a good team and to do his thing, ideally all the way to the raft in Lake Zell - that is his X-Alps spirit! Unforgettable is his joint run-in at the finish in Monaco with Paul Guschlbauer, instead of fighting for every metre. At times I felt more than respect for the South Frenchman this year. His flights were inspiring. Yesterday, he led his group in a flight from Lake Como through the Valtellina. His actually courageous tactical decision to stay longer than everyone else in the valley before the necessary turn into the high Alps threw him hopelessly behind at the end of the day. But it shows that he is serious about doing HIS thing. Encouragingly, he will land on the raft, presumably with no other athletes around him. 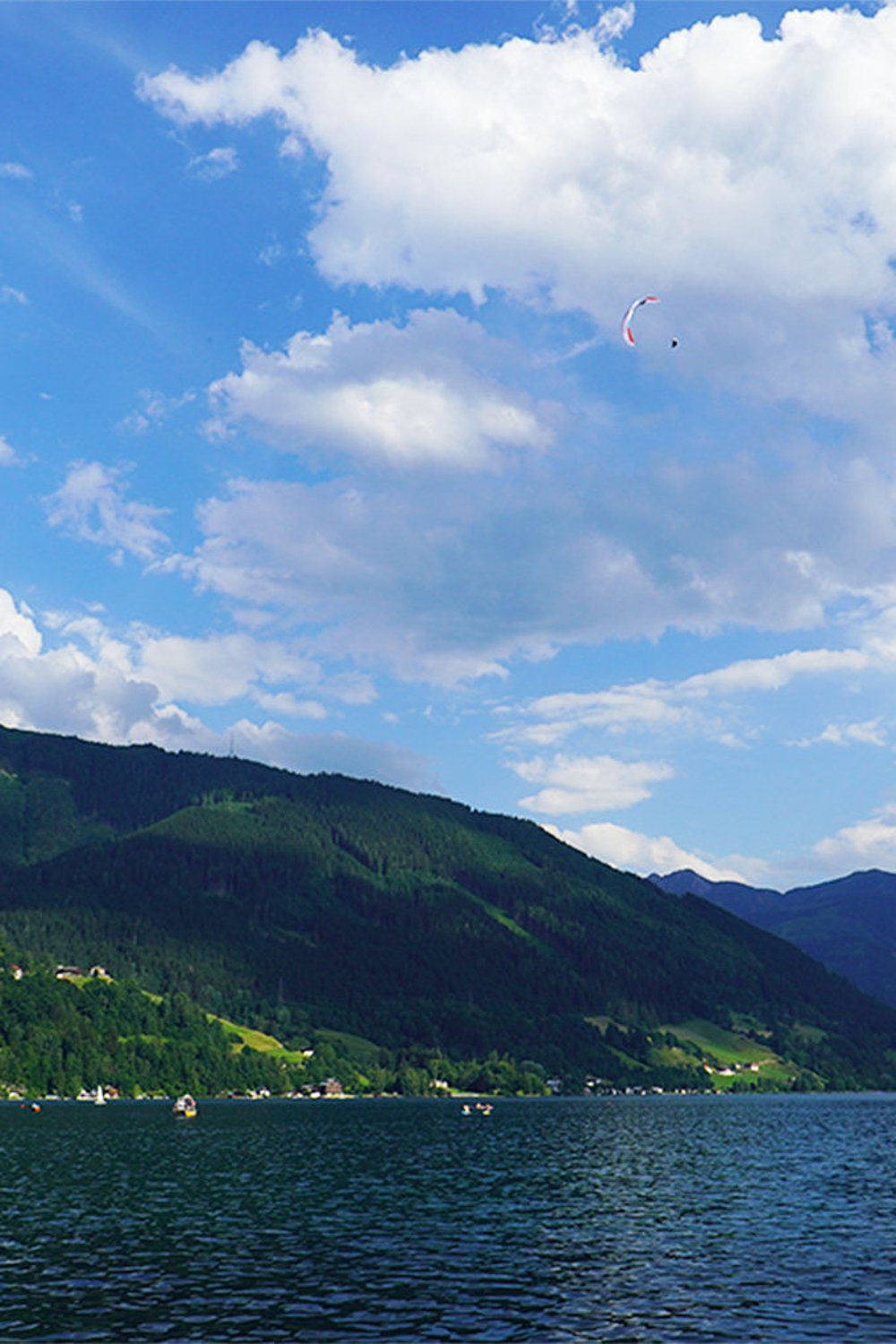 The three musketeers on their way to the Schmitten
Before half past nine in the morning, Patrick von Känel tries to find the first thermal on the Rammelstein above the Antholz valley. But he quickly lands again below the summit. It was still raining on the ascent, but now it has opened up quite well. Meanwhile, at the Grente-Alm, the most productive XC launch site in the Eastern Alps, Simon Oberrauner and Maxime Pinot are still waiting for the first usable relief. Patrick tries it for the second time, this time higher at the summit. He climbs, fles a few turns, and is able to climb over the summit. Now Simon and Maxime can probably already see him...

But Patrick lands again - hundred metres higher up the mountain than the two at Grente. A morning poker for the first proper thermal has begun. Every little mistake can cost a podium place. There are still clouds on the peaks and it is damp. The high Alpine crossings into Austria seem insurmountable in the air - at least for us outsiders. Between the high and famous peaks Großvenediger and Großglockner, on the direct line to Zell, a second mountain range builds up, a range of clouds. Shortly before eleven o'clock all three are in the air and head east towards Stallersattel. Maxime is the first to fly low away to the slopes above Antholz-Mittertal. 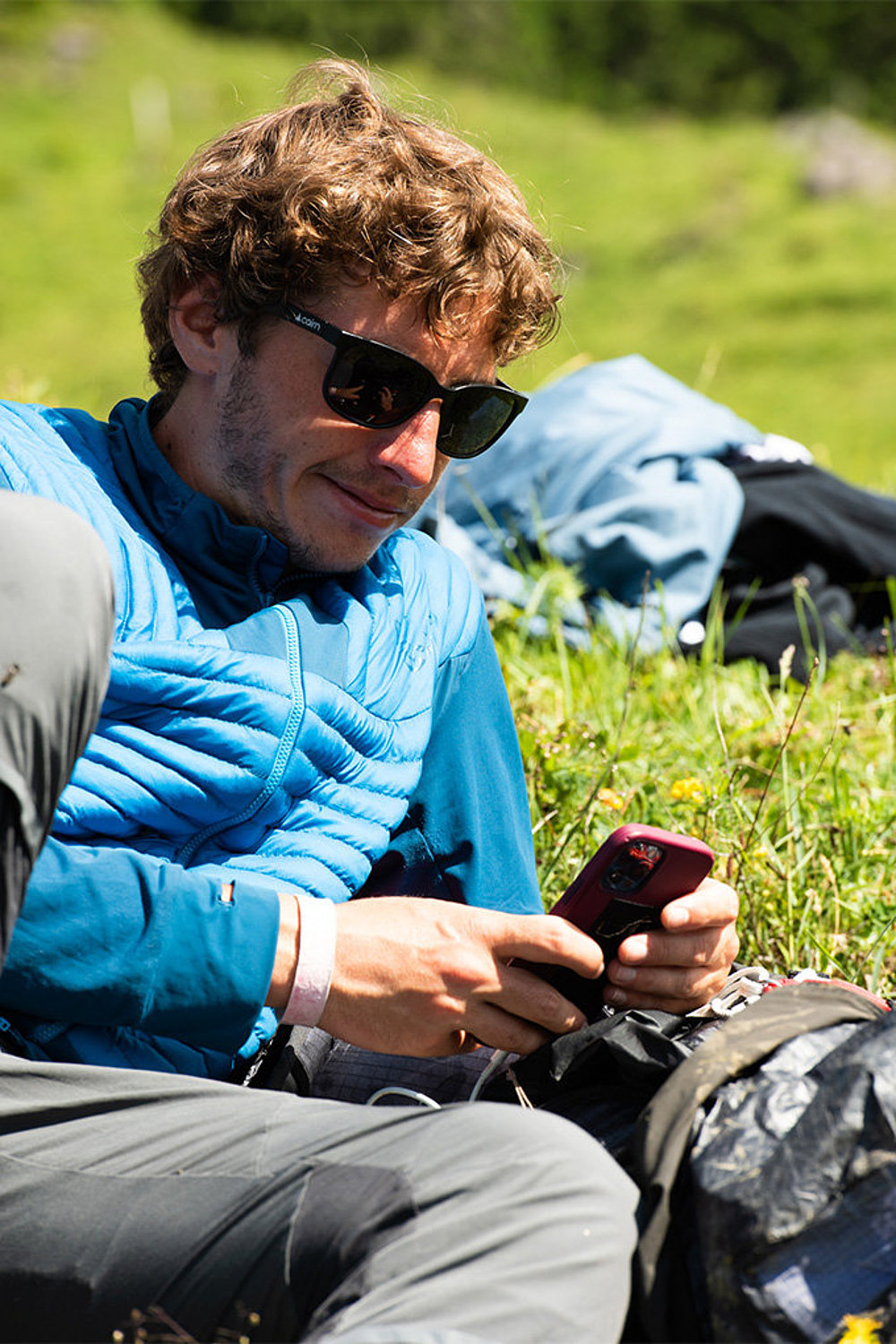 Hiking is Théo's pleasure. Really?
Hundreds of kilometres further back, Théo de Blic only laces up his shoes around nine in the morning and climbs the next mountain. A single glance at any webcam in the Savoy Alps shows it: Here, it will be all downhill. The skies are closed. And no prospect of improvement. After Gavin McClurg was able to make up ground yesterday, Théo has to stay ahead of Kaoru Ogisawa for 49 hours – otherwise he will be eliminated on Thursday. Meanwhile, the Japanese is hiking out of the valley in the Valais. That's... pretty close after all.

It's unpleasant enough that NOVA pilot Théo has to serve two whole days in his home country for his airspace violation in the Valais. But pulling out before time? Under the flanks of Mont Blanc on French soil, Théo would certainly not want to undergo this procedure. He wants to hear the final whistle just one day later on the playground. Or not? Maybe it makes no difference to him. From afar, what do we know about what goes on humanly in the real race? We only see the hard and perhaps dull facts on the screen and make a few phone calls and e-mails in the area. 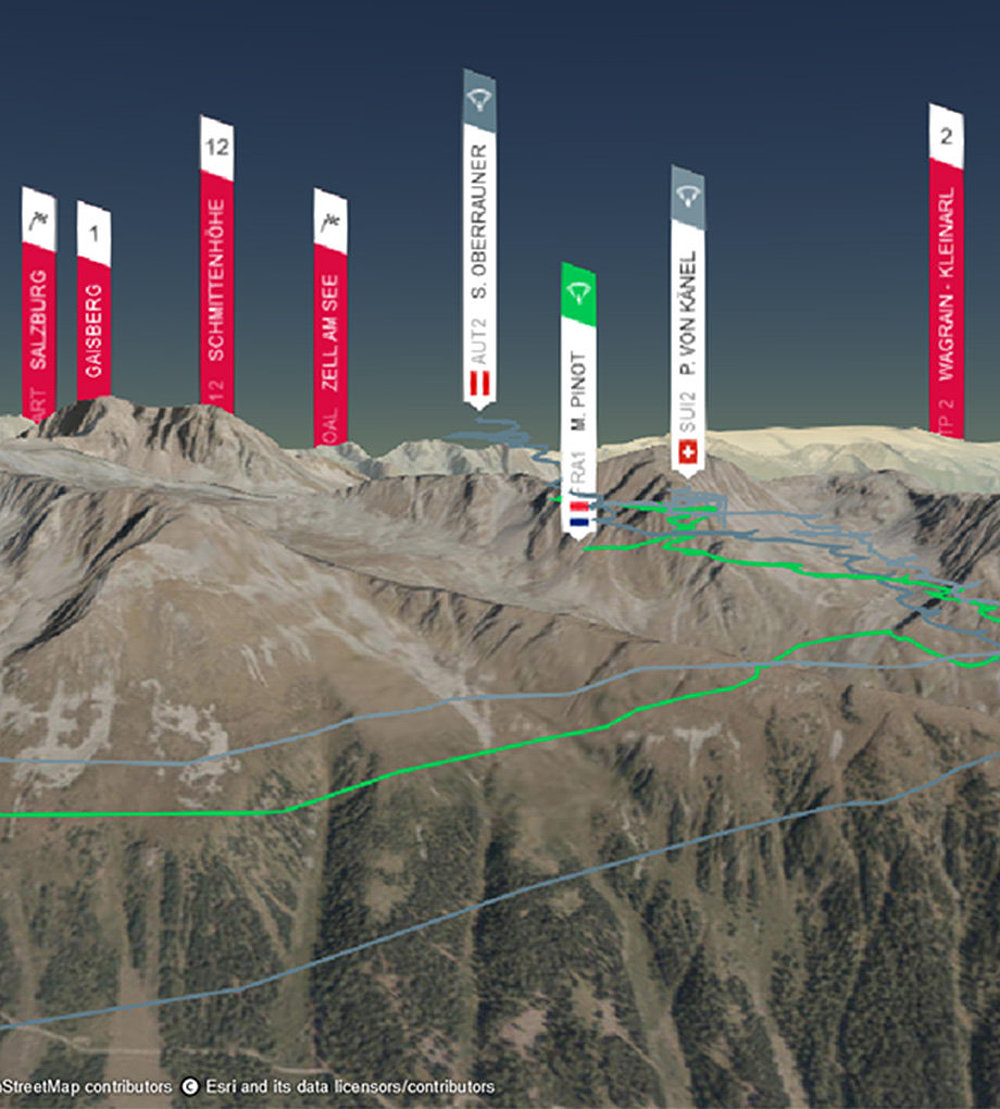 The chase over the main ridge of the Alps
Now it gets super tight and highly interesting among the leading trio. Above the Defereggen valley, the three of them fly together for kilometres. Then Maxime and Patrick first branch off to the north towards the Tauern and cross the Virgen valley. Perhaps, they sense a chance to reach Austria under the clouds at 3000 metres. Simon stays on the ridge for more than ten kilometres, crosses the Isel valley to the Rotenkogel and only then sets the indicator to the north. The boy has a lot of nerve! But he makes up for the lost ground, because he can stay above the ridge, which carries him with the (side) wind up to the alpine ridge at Stubacher Sonnblick, where he glides into Austria. At the Sonnblick, the wind measured around noon was close to 40 km/h east-southeast, not a Föhn, but quite a lot of wind for us paragliders pilots. Maxime and Patrick also feel the wind a good kilometre to the west. They fly over the main ridge at the 2900 metre-high Landeggkopf (above the Felberntauern tunnel).

Now the tailwind thriller begins on the way to the Schmittenhöhe, only 20 km away. Whoever flies in or runs in first there will be second behind King Chrigel. And this place has been the only one up for grabs in the last seven years. Behind the Eagle of Adelboden, but still an extremely prestigious rank. 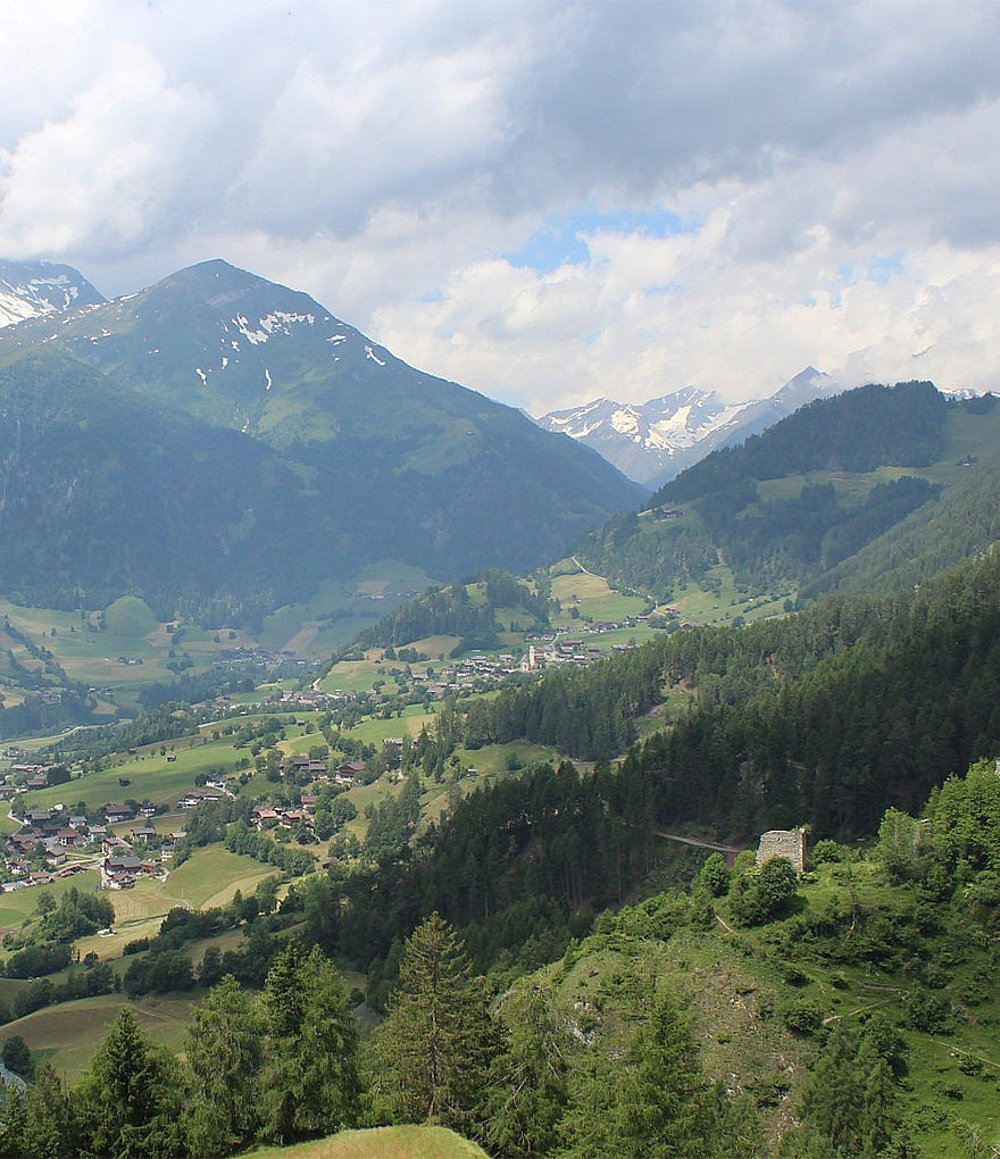 A race for seconds!
I briefly tear myself away from the screen, wanting to eat something quickly. When I come back, not so long later, I have missed something crucial. Maxime has lost again, as he has done so often these days and so badly on the Simplon Pass. Patrick has won, as he has done so often these days, most recently at Monte Rosa, where he caught up with the French. Simon has lost a bit, who almost only caught up in the last few days, who really deserved second place, especially with THIS finish on the Schmitten.

For the finish line thriller I was back from lunch... It was actually a matter of line lengths, ladies and gentlemen, line lengths! That's not an exaggeration and it's as crazy as some things in this race. After nine days of hardship and danger, AUT 2 and SUI 2 fly just a few metres over each other to glide to the final turning point, where the race is decided. Only one more kilometre after more than 1000 - it will decide it! Just before the Schmitten, Simon and Patrick turn in the last thermal. Patrick flies a few line lengths above Simon and lands into the slope below the signboard. Simon also flies out of the lift and lands not even 200 metres (!) behind Patrick. They gather their gliders on their shoulders and start running, sprinting up the slope. Patrick has a lead of about two minutes. He doesn't give it away any more. So, the thriller is over. SUI 2 takes the second place. 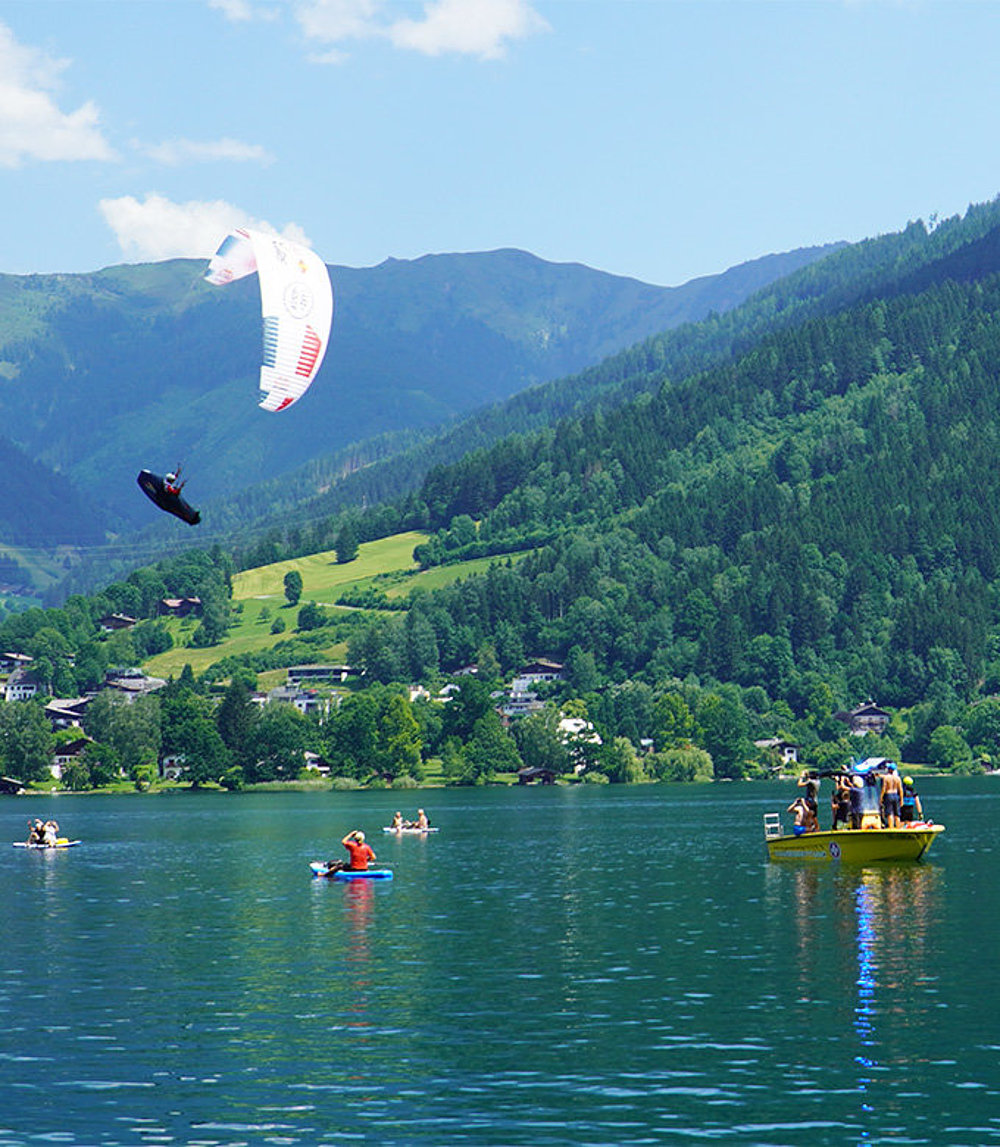 While Patrick glides out over the lake, Simon can finally catch his breath. Shortly afterwards, he glides off to the raft too. Half an hour later, Maxime Pinot made enough altitude without stress to land and be able to make the final glide. In 4th place, now probably quite relaxed, but probably also a little disappointed.

One more quick look back, then we'll close the day's report early today with an addendum tomorrow where necessary. I see Benoit can fly to Kronplatz. Very nice, fly far, Benoit! I see Aaron can fly ten kilometres here, ten kilometres there in Ticino and may soon join Paul in the long Valtellina, where there could be a lot of hiking. Otherwise, I don't think the weather will allow any more significant changes today.

Hope you enjoyed the blog.