Today we have very important news: we would like to present our new wing design. We wanted to follow our philosophy of a clear design style, but at the same time create a striking appearance that can also be seen from a distance and makes the glider seem more elongated. Model by model, this new design will feature on all future NOVA paragliders. 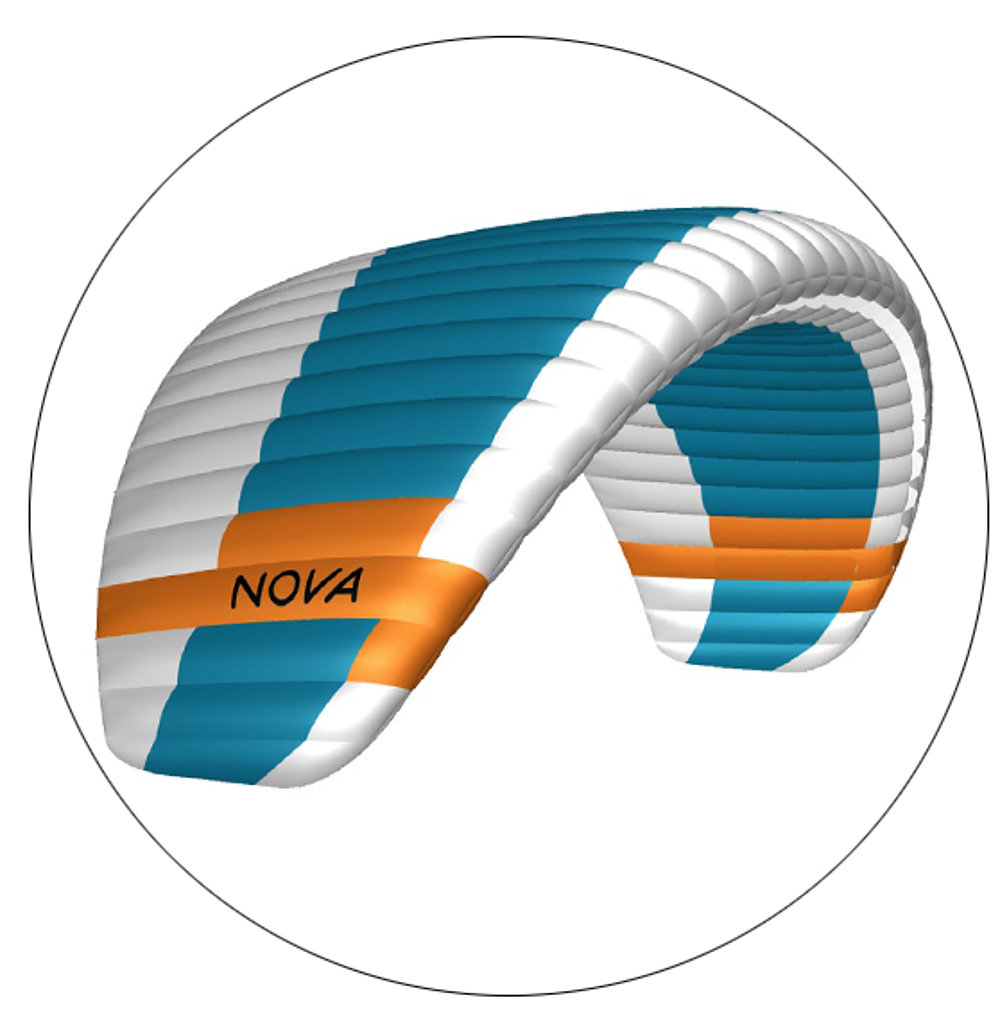 Background
After five years of the “old” design, NOVA is going for a new look. The central design element is the sweep, which is inspired by a bird’s wing and which visually emphasises the aspect ratio of the wing. The sweep is complemented by differently coloured banderoles on the outer wing. From now on, this will be the place for product and brand names. What is special about the banderoles is that its position and composition across several cells will vary slightly from model to model. 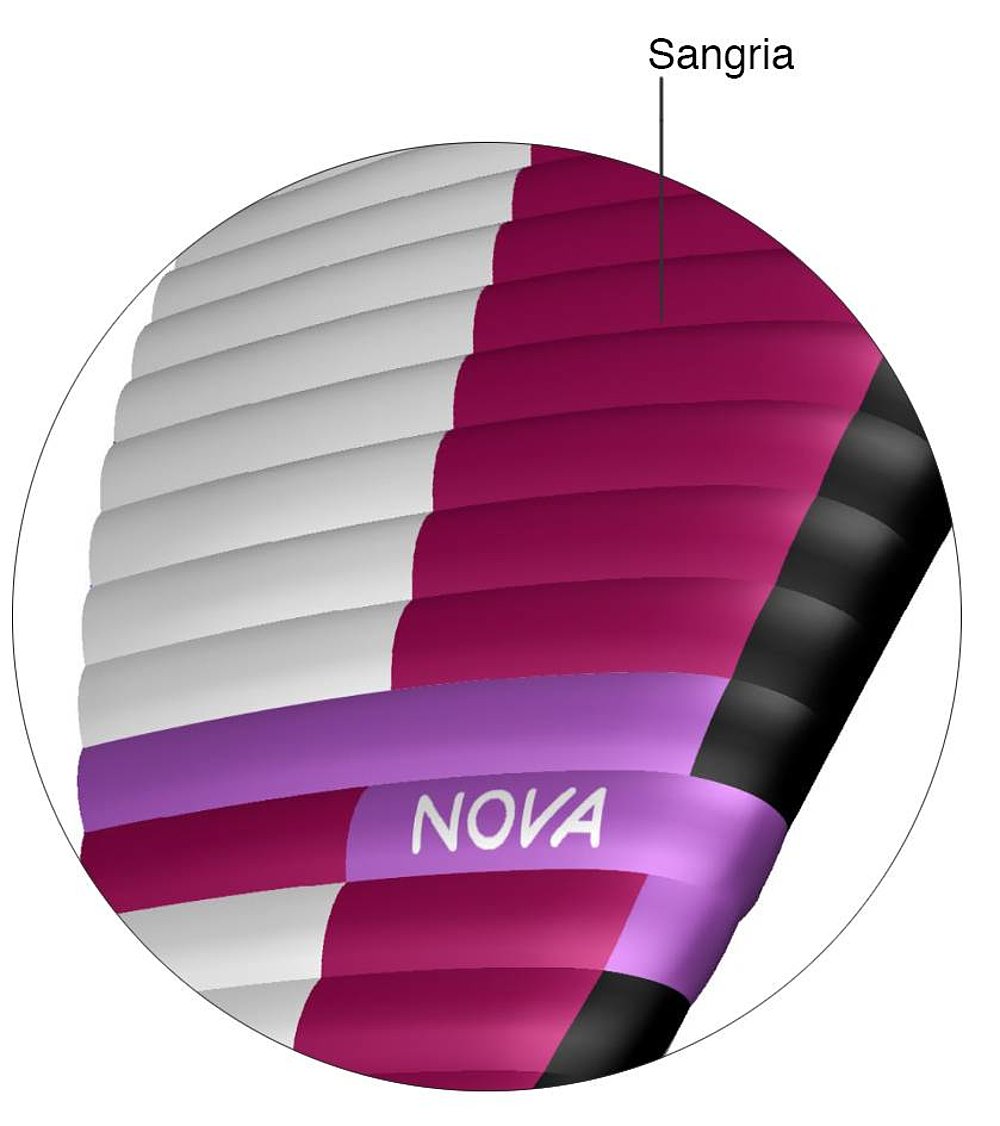 Colours
Within the framework of the new wing design, the existing colour palette is now complemented by rich, vibrant colours. New additions are, for example, Sangria, Peacock and Tapestry. 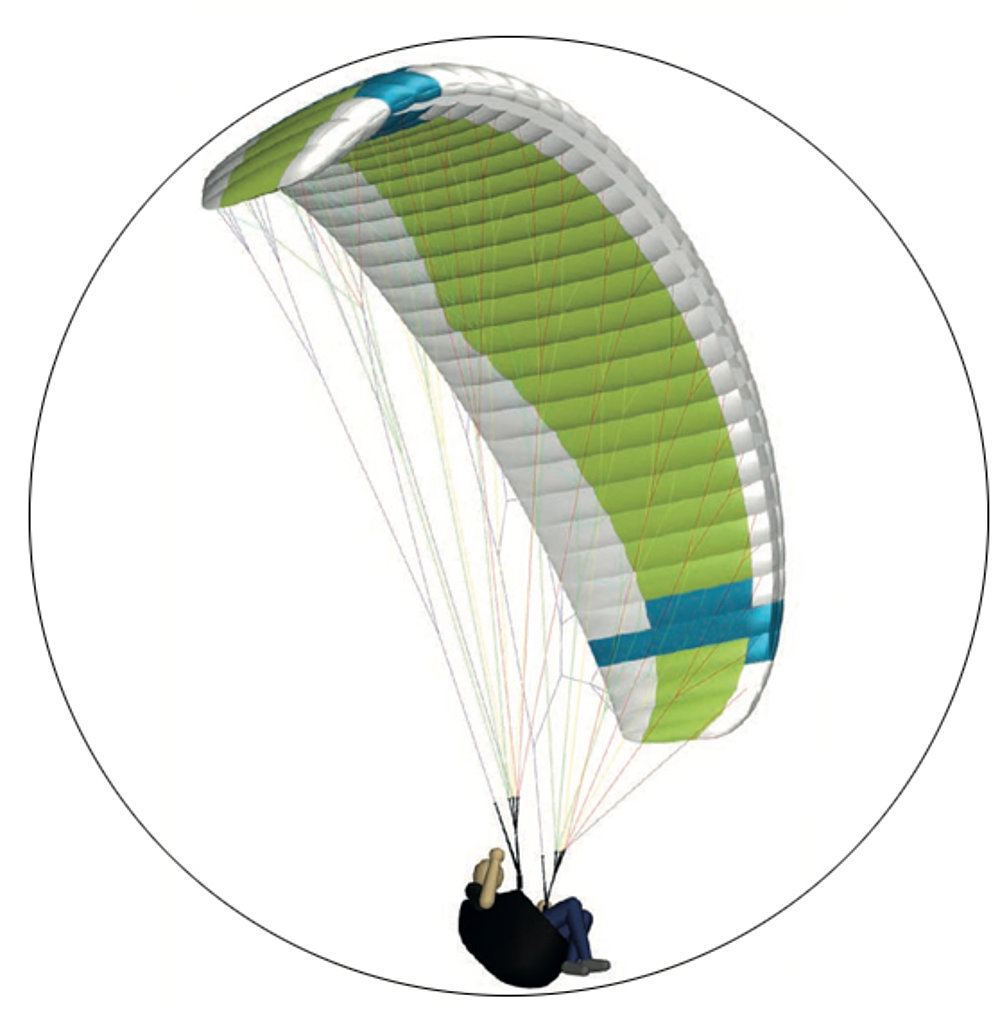 Development
The decision to develop a new wing design was made in summer 2017. Since then, the entire team has made many proposals, voted, rejected, redesigned, tested – and finally agreed. The now implemented design was developed in close cooperation with our long-time graphic designer and NOVA team pilot Werner Luidolt. He invested a lot of time and passion into the project. 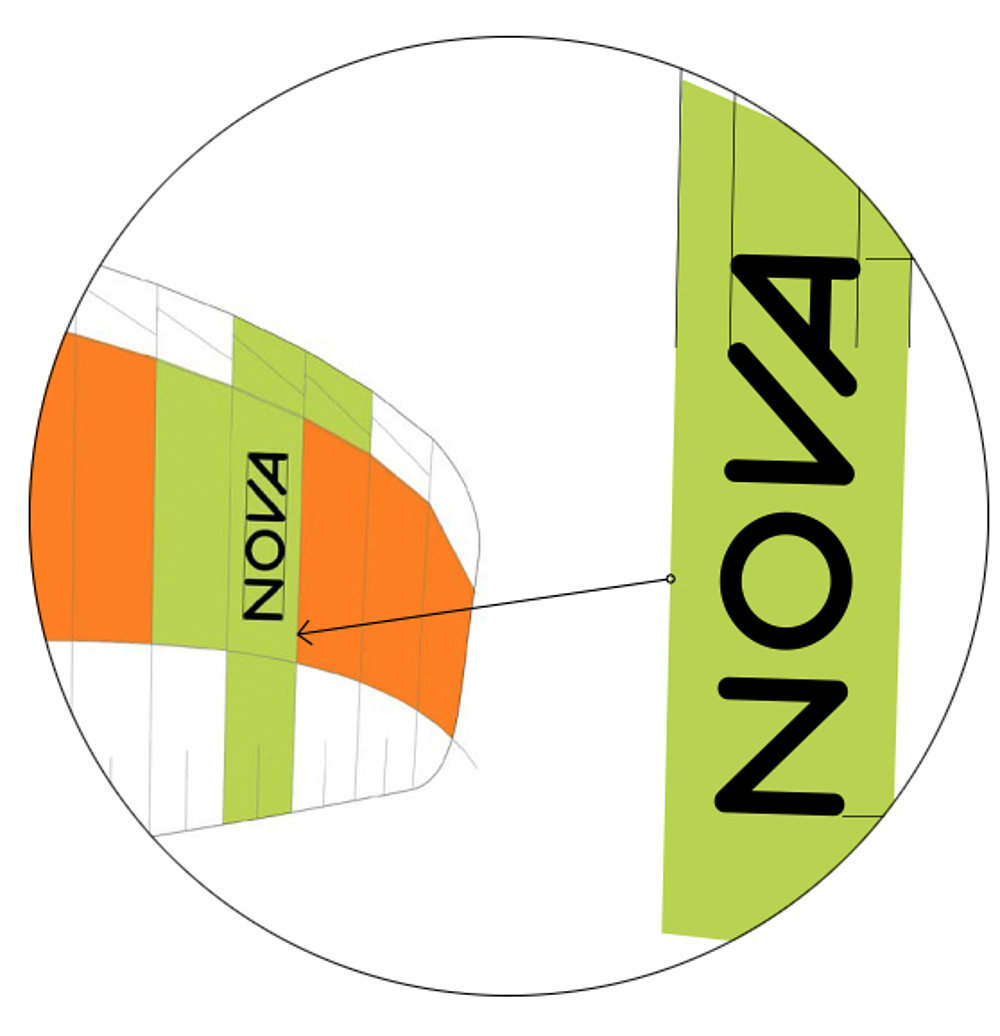 Form follows function
Head of R&D Pipo Medicus worked on the design from the beginning and explains: “The sweep on the design gives the wing a visually higher aspect ratio. It looks more sporty. As well as making it aesthetically pleasing, it was very important that the design was also functional. The front seam of the sweep also serves as a 3D-Shaping seam, which mostly forms the transition between two different fabrics. It is therefore a technically necessary seam that has become part of the new design. I like the new design from a technical and aesthetic point of view." 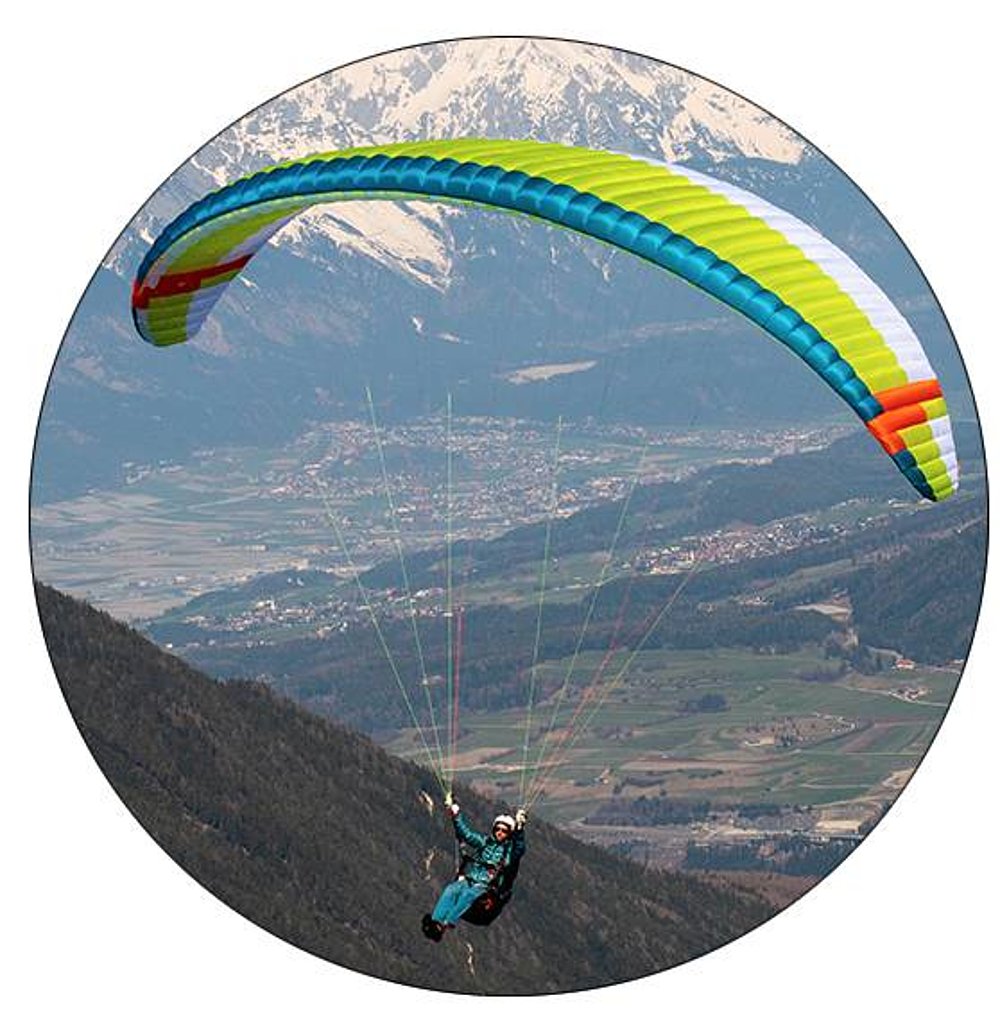 Graphic designer’s statement
Werner Luidolt, NOVA Team Pilot graphic designer says: “It's not easy to choose just one design when redesigning a paraglider range. Besides, there are there so many different tastes when it comes to colours. The banderole, which will always vary a little in the future models, brings variety instead of rigid design. By the way, the sweep as the central element of the design is based on the wing shape of a bird." 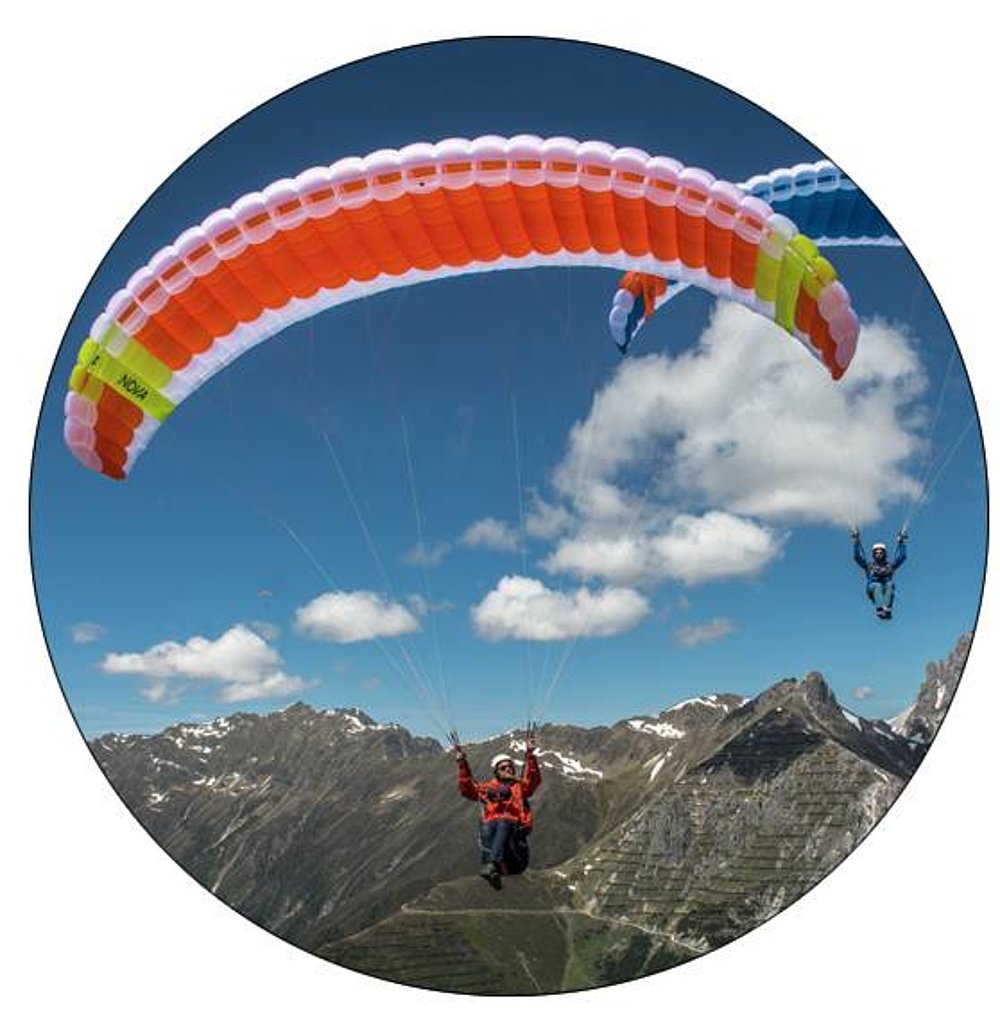 Models in new design
The updated look is only available for new wing models. The previous product range will retain the usual wing design and will be manufactured and available up to the successor model of the individual gliders. NOVA does not plan an accelerated production cycle of the successor models for a faster changeover to the new design.